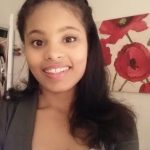 Alanna Reese is the Education Intern for Sasakawa USA in Washington D.C. Before joining Sasakawa USA, she graduated from North Carolina State University with a Bachelor’s degree in International Studies with a minor in Japanese and Graphic Communications. Alanna studied abroad in Japan for five months in 2016, where she studied Japanese government and external relations. Since joining Sasakawa USA, she worked at the National Cherry Blossom Event for Education’s Views of Japan Series and attended the Fourth Annual Security Forum. 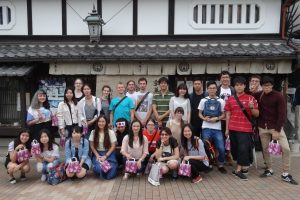 I embarked on a study abroad journey to Japan in the spring of 2016. While there, I attended Kwansei Gakuin University and stayed with a host family in the city of Nishinomiya, just outside of Osaka in Hyogo prefecture. As a black American, I was accustomed to being a minority in the United States, so I was aware that in Japan I would perhaps be an even bigger oddity for Japanese locals unused to seeing someone with my appearance.

Exploring Nishinomiya, I found that most people, particularly adults, either glanced at me or did not pay me any mind, much to my delight. However, local children were often shocked to see me. Some would gape with their mouths wide open while others would utter whispers of gaikokujin (foreigner) as their parents laughed and continued to walk by. Unaccompanied children sometimes stopped and stared, not knowing what to do upon seeing someone who looked so different from them. One child even referred to me as kokujin, or black person. I often did not take offense to these reactions because I knew I looked different from others in the community, and it was interesting to see the round-eyed looks of shock from children as I went through my day.

Nonetheless, after reflecting on these experiences, I decided that I should do or say something to the next shocked child to assuage their stupefaction. My chance arrived as I was leaving my host family’s house to go meet some friends one day. The weather was beautiful, and I walked out of the house and around the corner to see two boys playing outside, and a third child talking to them from a windowsill on the second floor of his house. When the two boys noticed me walking by, one whispered, gaikokujin, and both fell silent and stopped moving. The third boy closed his window, ducking inside.

I was bewildered and fascinated since this was the first time that anyone had ever reacted to me this way. I decided to try a new approach. Rather than continuing on my way, I stopped, waved cheerfully to the boys, and said, “Hello… Konnichiwa.” The boys were surprised and overjoyed. They waved frantically, shouting “konnichiwa!,” breaking down the dreaded language barrier. Even the third boy could not help but re-open his window to join in his friend’s excitement, waving and yelling “konnichiwa!”

I felt victorious! I had feared that my new approach would frighten the kids even further, but their reaction was incredibly positive. At that moment, I decided to initiate conversations in Japanese, rather than leaving the locals to guess whether they could communicate with me. Although my appearance was very different from what locals were used to, I realized then that much of the perceived anxiety was based on the language barrier rather than an aversion to me as an outsider.

This revelation helped shape the way I view interactions between people of different backgrounds. In a near homogeneous society, like Japan, the reactions to foreigners may be more of an apprehension than a true distaste. There, people tended to warm up to me when they found out I could speak Japanese, dispelling initial fears that an interaction with me would be awkward or uncomfortable.

Even in Tokyo, which has many foreigners, I witnessed a man working at the bus ticket counter who was stressed because he could not communicate in English with his foreign patrons. When I walked up to the counter, next in line with an American friend, a wave of exhaustion enveloped the man’s face. I immediately spoke in proficient Japanese, and a look of relief overrode his panicked expression. From there on, he made sure to provide us with the best service he could. As with the boys, I was able to bridge a connection rather than reinforce a fear, which is an experience I will never forget. These instances taught me that patience and a willingness to learn the local language and cultural norms are key to connecting with others in a new environment, and may help change apprehensive perceptions.