True Stories from Japan: Life in Yokosuka punctuated by acts of kindness

My family and I first went to Japan in 1984, when I commanded a guided missile destroyer newly homeported in Yokosuka. The low point was the day the four of us arrived, tired and jet-lagged, at Narita airport, and rode in a minibus down to Yokosuka. We had been expecting to arrive and see nothing but castles, gardens, and kimonos — not the urban sprawl common throughout much of the Kanto Plain.

However, soon the beauty of Japan and the hospitality of the Japanese people captured our admiration and affection.

Each of the many times we were lost was an adventure that ended happily. The Japanese people were always willing to offer assistance, making large cities feel like small towns.

We used our free time to drive ourselves around the country, driving north to the spectacular groves of sugi — Japanese cedar trees — in Nikko; west to the entrancing gardens and ancient temples in Nara and Kyoto; and to many other fascinating destinations all around the country.

While serving on my ship, I came to know the spectacular coast of Japan, with its many headlands and bays, but it was on these family trips that the kindness of strangers was most apparent — which compensated for the lack of romaji on the road signs. Each of the many times we were lost was an adventure that ended happily. The Japanese people were always willing to offer assistance, making large cities feel like small towns.

Once, our daughter forgot to pick up her change from a purchase in a local stationary store. Ten days later, the sales woman recognized her on the sidewalk outside the store and gave her the 20 yen she had left on the counter. 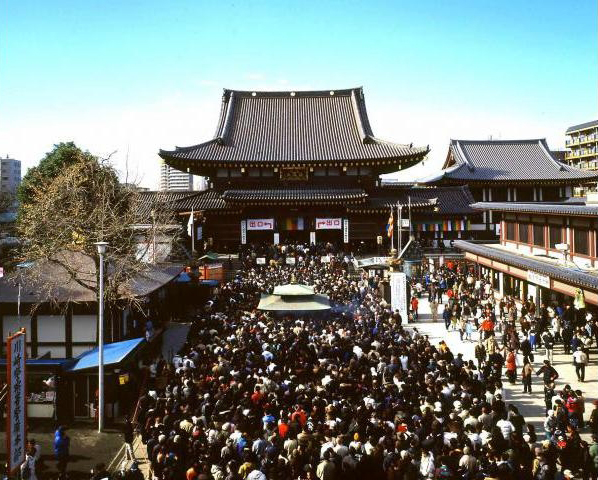 Another time, on New Year’s Eve, our family decided to join in the pilgrimage to the Kawasaki Daishi Temple for the countdown to the New Year and hatsumode — the traditional first visit to a shrine or temple for the year. In the large crowd of more than a million people, my wife and I were separated from our kids. We searched and searched, but had no luck finding them in such a large sea of people. We went back to our home, worried sick, and thankfully found them safe and sound. They had found their way back with the help of some strangers who gave them directions to the train station.

Such acts of kindness abound in my memories of Japan, and in my children’s memories, who both returned to Japan years later on exchange visits.

Although Japanese and Americans are different in so many ways, through the years our people have formed unique personal bonds and a sincere appreciation for each other’s countries.

While I no longer explore the coast of Japan from a ship, I am now happy to be leading Sasakawa USA as we pursue our mission of strengthening these interpersonal bonds through research, analysis, and education programs. I believe Japan and America have much to offer each other, strategically, economically, and culturally, and I am looking forward to seeing what comes next.