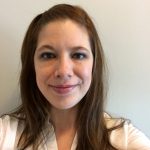 Christa Desrets is the Communications Manager at Sasakawa USA, overseeing both the media relations arm of Sasakawa USA and coordinating digital and social media content. Before joining Sasakawa, she was the editor of two weekly newspapers in rural Virginia. Earlier this year, she accompanied nine senior congressional staff members and a former member of the U.S. House of Representatives on a week-long trip to Okinawa and Tokyo. The tour, conducted through the Congressional Study Group on Japan with support from Sasakawa USA, inspired Desrets to think back to her first trip to Japan for this edition of ‘True Stories from Japan.’ Contact Desrets at . 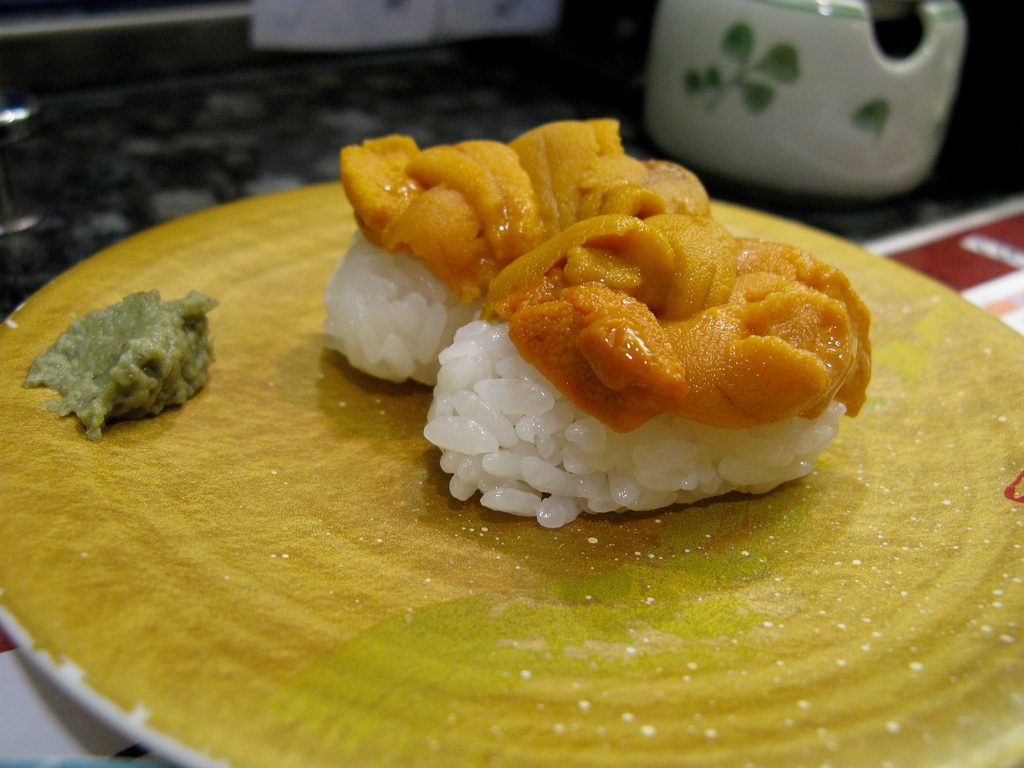 On the surface, dining out in Japan is not an inherently stressful experience. But on this particular night, a vocabulary mishap paired with the anxiety of meeting my new host family for the first time made for a memorable evening.

I had arrived in Osaka just a few days earlier as an exchange student at Kansai Gaidai University, and it was my first time ever traveling outside of the U.S. I already had taken two years of university-level language and cultural coursework, but was still adjusting to the full immersion that comes with living in a foreign country. Ready or not, I was set to go stay with my new host family—an okā-san, otō-san, and onē-san (mother, father, and sister).

After brief introductions facilitated by college staff, we were off to dinner. Our first meal together would be at a sushi restaurant.

At that point in my life, sushi was not exactly a favorite food of mine. But turning down a meal would be downright rude, and I was determined to make a good first impression. So I formulated a plan. While I was hoping to stay away from sushi of the raw variety, I would be OK if I could order eel, since it is always served cooked. Everything would be perfect.

And it would have been, perhaps, had I been able to actually remember the Japanese word for eel. But neither my host family nor the waitress knew what I was trying to say, and I had regrettably left my pocket dictionary in the car with the rest of my luggage. So I sounded it out. I knew it started with an “u” sound, followed by a “n-” sound.

My host sister took the first guess. “Uni?” she asked after hearing my attempts to sound out the word. My brain lit up—that had to be it! So the order was placed.

I should have known that was the wrong word when my host family seemed impressed by a foreigner’s decision to order uni, but I remained gleefully ignorant of my error until the food arrived. Placed in front of me was a plate with two pieces of decidedly not-eel. Confusion turned to horror as I took in what was before me: an orange, raw, slightly gelatinous-looking, pungent smelling, slimy mass, wrapped in seaweed.

As my host family watched this spectacle unfold with amusement, the magnificence of my error became clear. After digesting hours upon hours of cultural training leading up to this moment, I had no good options. My aversion to raw fish was inconsequential. I had to eat it.

I opted for the quickest route to get it over with quickly, and plunged one whole piece into my mouth. As I struggled to chew it well enough to swallow it down, my host sister’s expression changed from one of hilarity to one of concern. “Haku?” (Spit it out?), she asked. I persevered through the first piece. I turned my attention to the remaining piece, dreading what was to come, but ultimately was saved by my host sister when she offered to take it for herself.

For the second round of sushi, one of us had figured out what I had intended to order: unagi. I had ordered uni—which, as I learned after dinner when I regained access to a dictionary, is sea urchin. I will never confuse the two again.

Since then, my tastes have broadened and I have learned that sea urchin actually is considered quite a delicacy, when properly prepared. But the vivid memory from that first dinner with my host family is set firmly in my mind. I’m not sure that I’ll ever be able to enjoy uni—or ever order unagi—without thinking back to that night.

The horror I felt when I had no option but to eat something that I would have never intentionally ordered—and the bond that was forged with my host sister when she saw my struggle and offered to help—will stay with me always.

In my mind, I had transformed the simple act of eating a piece of raw fish into this massive ordeal that would make or break my relationship with my new family. In reality, the experience drew me closer to them in a way I had not anticipated. It became a memory to look back on and laugh. And one of many experiences that made me come to love Japan, my second home.