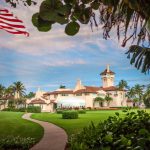 As Chinese President Xi Jinping considered his first formal meeting with President Donald Trump, he may have looked to the success of Prime Minister Shinzo Abe’s summit with Trump as a winning formula, Sasakawa USA’s James Zumwalt said in a Q&A article with Jiji Press published on the eve of the Trump-Xi meeting.

In his summit with Prime Minister Abe Shinzō, President Donald Trump shifted his East Asian security and diplomatic policy back toward the standard course set by his predecessors. Journalist Teshima Ryūichi takes a look at what Trump’s promises to defend the Senkakus and adhere to the “one China” policy mean for the East Asian diplomatic scene. 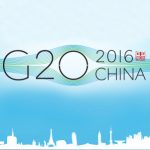 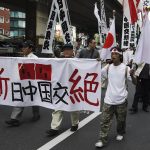 Op-Ed: Détente for China and Japan

Akio Takahara, professor at the University of Tokyo and visiting scholar at Peking University, examines the widely reported 25 minute meeting between Japanese Prime Minister Shinzo Abe and Chinese President Xi Jinping where the two leaders only brushed upon diplomatic tensions such as territorial disputes.