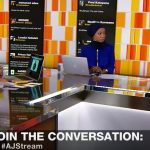 Sasakawa USA’s Senior Fellow and Director of Programs Daniel Bob appeared on Al Jazeera’s The Stream on May 26 as one of several guests to speak on President Obama’s visit to Hiroshima. The conversation ranged from issues of nuclear disarmament to opinions on whether Obama should apologize for using the world’s first nuclear bombs.