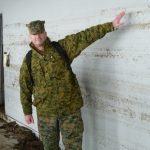 Sasakawa USA’s James Kendall’s experience working with Operation Tomodachi is detailed in a March 8 article series in the Sankei Shimbun. The articles detail how Kendall and other U.S. Forces assisted relief efforts following the March 11, 2011 Great East Japan Earthquake. Kendall, Sasakawa USA’s Fellow for Common Challenges, served as the Marine liaison to the 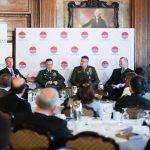 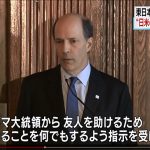 The United States and Japan: Reassessing 3-11, a conference co-hosted Tuesday by Sasakawa USA and the U.S.-Japan Council, was featured in a segment that aired  March 9 on NHK News. The segment features the Hon. John Roos, former U.S. Ambassador to Japan during the crisis, and the Hon. Goshi Hosono, the former Minister for the Restoration from and Prevention of Nuclear Accidents, who both spoke at the event.