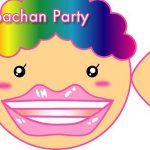 The All Japan Obachan Party: A Political Voice for Middle-Aged Women

This article is available through a partnership between Sasakawa Peace Foundation USA and Nippon.com. Article was originally written and published in Japanese on September 1, 2015. For original posting, click here.  Seventy years after women’s suffrage was first recognized in Japan, the number of female representatives in Japan’s National Diet is still stuck in the