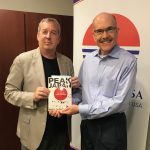 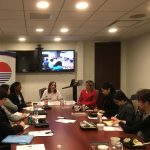 Women Rising in Japan? A Post-Trip Briefing by Mine The Gap

On December 4, 2018, Sasakawa USA hosted a lunch discussion with Mine The Gap co-founders, Kristin Haffert and Jessica Grounds to discuss their takeaways from their recent trip to Tokyo, where they shared best practices in training women to run for political office. This policy lunch event was moderated by Sasakawa USA Research Assistant Darah Phillip. 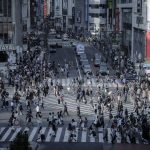 Prime Minister Shinzo Abe, fresh off his successful bid for a third term as leader of the Liberal Democratic Party (LDP) in the September 20, 2018, party election, announced a new lineup for his cabinet and for the LDP’s leadership on October 2, 2018. Three polls conducted October 2-3, after the reshuffle, found that the public’s reaction to the new cabinet was lukewarm at best. 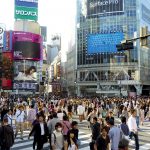 According to Sasakawa USA’s Japan Political Pulse ten-day moving average of opinion polls, over the course of June, the Abe government’s net average approval has risen from -14 at the start of the month to roughly 0 by the end of the month. Despite continuing scandals and lack of public trust in the Prime Minister, Abe continues to provide many Japanese voters with a “sense of stability.” 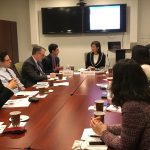