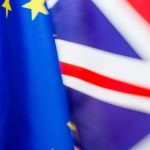 The Economic and Political Impact of Brexit on Japan

While the Japanese have consistently viewed Brexit as a bad idea, the progression of Brexit negotiations has forced Japan to revisit its position and priorities in terms of Japan-UK and Japan-EU relations. For Japan, Brexit will have important economic ramifications as UK-based Japanese firms begin to relocate to the EU and political results as Japan forges partnerships in Europe to maintain the global, rules based order. Those partnerships may benefit the U.S. as well, with Japan reinforcing U.S. values such as free trade and international cooperation.