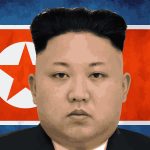 For its first two years, North Korea has been the Trump administration’s highest profile diplomacy effort in Asia. The President and his advisors believed that in dealing with North Korea they had better ideas, greater skills and more favorable conditions than their predecessors. Some even dreamed that Donald Trump could be the second American president