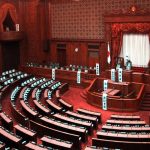 Abe reaches for a constitutional legacy

Prime Minister Shinzo Abe has always been open about his commitment to revising Japan’s postwar constitution, so his pledge to amend the document by 2020 was hardly a surprise. Strong as Mr. Abe’s zeal on the subject is, his pragmatism will determine whether he achieves his mission. 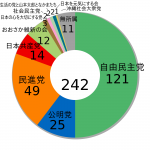 Japan’s House of Councillors  elections are over, resulting in an impressive victory for the Liberal Democratic Party (LDP)-Komeito coalition, which now has 147 seats in the 242-seat HOC. However, despite headlines that proclaimed Prime Minister Shinzo Abe’s government won a landslide victory on July 10, opinion polls conducted after the elections suggest that the vote did not fundamentally alter public opinion regarding the Abe administration and its policies. 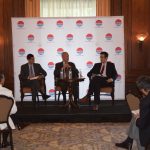 This event brought together several Sasakawa USA experts for a special Speakers Series event to discuss results of the July 10 House of Councillors elections and what they will mean for Prime Minister Shinzo Abe’s administration. 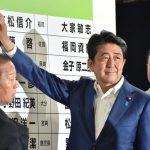 Constitutional revision still not a sure bet despite LDP wins

While Japan’s ruling coalition secured victory in key parliamentary elections Sunday, that doesn’t mean constitutional revision will be an easy win for Prime Minister Shinzo Abe, Sasakawa USA’s Tobias Harris explained in several media outlets following the election. According to an article by Kirk Spitzer in USA Today, “Sunday’s vote was a ‘solid victory, as