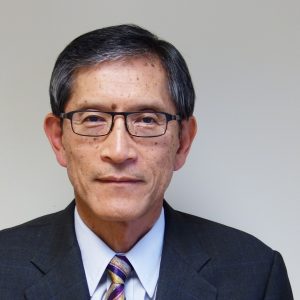 Keiji Iwatake joined Sasakawa USA in 2001 as General Manager overseeing the foundation’s operations. He soon expanded its “Asian Voices” seminar series to feature prominent speakers from Asia and the United States focusing on relevant topics and perspectives about Asia. Iwatake held the position of Director for Finance and Administration from April 2014 to July 2016, and now he serves as an advisor to Sasakawa USA.

Prior to joining Sasakawa USA, Iwatake worked for ANA’s travel subsidiary in Washington, D.C., and the Japan Foundation in Tokyo and Washington, D.C., where he oversaw cultural and intellectual exchanges, fellowships, and Japanese studies programs. Although he has lived in the United States for more than 25 years, he was born and grew up in Japan. He graduated from Waseda University in Tokyo, majoring in law, and he studied at the University of Veracruz in Mexico as a Consejo Nacional de Ciencia y Tecnología (CONACYT) exchange student.