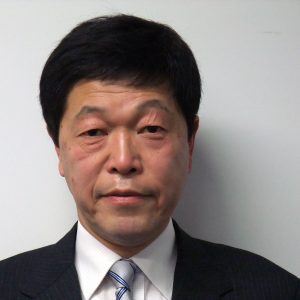 Mr. Hideshi Tokuchi joined Sasakawa USA in September 2016 following a 36-year career of service to the government of Japan, most recently as the nation’s first Vice-Minister of Defense for International Affairs.

Tokuchi joined the Japanese Defense Agency (the predecessor of the Ministry of Defense) of Japan in 1979 as a civilian and retired from public service on October 1, 2015, after completing several senior assignments at the Ministry of Defense, including as Director-General of the Operations Bureau, of the Personnel and Education Bureau, of the Finance and Equipment Bureau, and most recently of the Defense Policy Bureau.

During most of his service, Tokuchi focused on Japan-U.S. defense cooperation, security-related legislation, defense buildup programs, and operations of the Japanese Defense Forces. He participated in the review work of “Guidelines for Japan-U.S. Defense Cooperation” twice (in 1997 and 2015), and in the establishment of “National Defense Program Guidelines” twice (in 2004 and 2013), and also in security-related legislation, including Peace-Keeping Operations Law, a set of legislation to deal with contingency, Counter-Piracy Law, and most recently the new security legislation to put the new interpretation of the Japanese Constitution into practice.

From July 1995 through November 1996, Tokuchi was stationed in Washington, D.C. to study the Asia policy of the U.S. in the post-Cold War era as a visiting senior research fellow at the Institute for National Strategic Studies (INSS) of the US National Defense University (NDU).  He taught a course on Japan’s national security policy at the National Graduate Institute for Policy Studies (GRIPS) in Tokyo for 14 years from 2002 to 2015 as a visiting professor, and has been teaching Japan’s defense policy at Aoyama Gakuin University in Tokyo since 2006 as a part-time instructor.

In addition to his position at Sasakawa USA, Tokuchi additionally holds several positions in other academic and research institutions: Senior Fellow at GRIPS; Visiting Fellow at the Institute of International Relations of Sophia University; Senior Research Advisor at the Institute for International Policy Studies (IIPS); Research Committee Member at Research Institute for Peace and Security (RIPS); and Non-Resident Fellow at the Fletcher School of Law and Diplomacy of Tufts University.  On these capacities, he continues his research work on the alliance relationship between Japan and the U.S., particularly from a historical perspective.