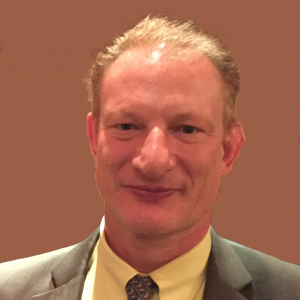 William “Bud” Roth has served as the Non-Resident Fellow for Cybersecurity at Sasakawa USA since January 2016, bringing with him a combination of investigative, legal, and cybersecurity expertise.

Roth researches topics relevant to the U.S.-Japan relationship within the cyber domain. In addition to his research efforts, Roth consults on cybersecurity matters ranging from security audits to security strategies for businesses. He also was the head of curriculum development at a cybersecurity startup, HackEd. In addition to teaching, Roth has experience developing training content for students aspiring to be pentesters and SOC analysts. He also has designed and managed tabletop exercises focused on topics such as large sporting events and corporate supply chains.

Roth spent eight years of his life in Japan. He earned a master’s degree at Nagoya University in the nineties. More recently, he returned in 2014 from a global deployment to Tokyo with a Big Four consulting firm. While there, he researched the development of cyber investigative tools and skills worldwide, consulted to Japanese law enforcement, briefed more than 100 investigators and forensic specialists on the role of expert witnesses and forensic evidence in U.S. court rooms, and presented on topics such as using RAM forensic tools in criminal investigations.

Before that, Roth led a cross-functional research team composed of former military and intelligence officers, forensic analysts, and commercial due diligence experts who investigated subjects of interest to Department of Defense clients.

Roth previously supported the DoD Global War on Terrorism activities in Iraq and Africa. He was awarded the Defense of Freedom Medal and Superior Civilian Service Award by the Secretary of the Army for his activities in Iraq from 2004-05.  Roth started his federal career with the Securities & Exchange Commission, investigating Internet-based securities fraud.

Roth holds a JD degree in Law from the Widener University School of Law, a MA in International Development from Nagoya University, and a BA in English Literature. He speaks and writes Japanese.