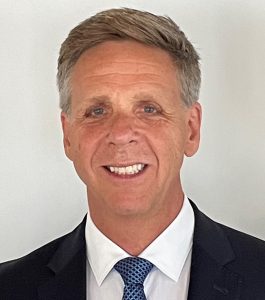 Admiral Philip S. Davidson was the 25th Commander of the United States Indo-Pacific Command from 2018 to 2021. He retired from active service in the U.S. Navy in May 2021 after nearly 39 years of service.

USINDOPACOM is the United States’ oldest and largest combatant command and includes 380,000 Soldiers, Sailors, Marines, Airmen, Guardians, Coast Guardsmen and Department of Defense civilians and is responsible for all U.S. military activities in the Indo-Pacific region, covering 36 nations, 14 time zones, and more than 50 percent of the world’s population.

Over the course of his U.S. Navy career, Admiral Davidson deployed across the globe in frigates, destroyers, cruisers and aircraft carriers, and he served in staff assignments in the Pentagon, at fleet headquarters, at the U.S. Department of State, and in the Office of the Vice President.

His decorations include the Defense Distinguished Service Medal, the Navy and Marine Corps Commendation Medal with Combat “V,” a Superior Honor Award from the U.S. Department of State, the Grand Cordon of the Order of the Rising Sun Medal, and other personal, service, unit, and campaign awards.