Mackenzie Weinger, Policy Editor for the National Journal, was one of eight rising U.S. journalists covering U.S. national security and defense issues who participated in a week-long study trip to Japan in December 2018 as part of the Sasakawa USA Emerging Experts Delegation (SEED) program. Weinger published “Why Japan Will Spend Billions on F-35s” in the National Journal on December 19, 2018.

Read the full text of her National Journal article below or download a PDF version. 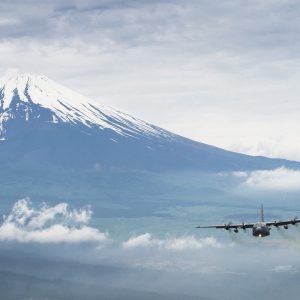 Why Japan Will Spend Billions on F-35s

TOKYO—Japan plans to shell out billions of dollars to purchase F-35 fighter jets in an effort to counter both regional security concerns and massive pressure from President Trump to drop more cash on U.S. military equipment.

Trump has long sought to bolster the U.S. arms industry, often acting as a salesman for domestic weapons manufacturers in meetings and public appearances with foreign leaders. Prime Minister Shinzō Abe, meanwhile, not only wants to improve his country’s defense capabilities with this F-35 buy, but likely hopes it will serve as proof of Tokyo’s increased commitment to its own defense and as leverage with a president hyper-focused on Japan’s trade surplus with the U.S.

Tokyo this week officially announced plans to buy 63 F-35As and 42 F-35Bs, the pricier short-takeoff-vertical-landing variant, to replace about 100 aging fighter jets. That’s worth an estimated $10 billion to U.S. defense contractor Lockheed Martin, although the final contract value could differ.

Japan already had 42 F-35As on order. With this new commitment, the country will become the largest foreign buyer of the U.S.-made fighter jet.

But Trump is likely another trigger for Tokyo. The president has repeatedly and publicly pushed for Japan to buy military equipment from American manufacturers and has often criticized the country over its trade surplus with the U.S.

In a September news conference following meetings at the United Nations, the president said he’d “just asked Japan” about defense spending. “I said, ‘We’re defending you. You’re a very wealthy country. You’re sending us millions of cars. You’re making a fortune. We have a tremendous trade deficit with you. And we’re defending you and we’re subsidizing your military with a massive amount of money,’” Trump said.

Sheila Smith, senior fellow for Japan studies at the Council on Foreign Relations, said that although there is a clear need to replace an aging fleet, this week’s announcement also reflects Japan’s approach to dealing with Trump.

“How many F-35s ordered has been affected by the Trump administration calling on Japan to do more, spend more,” Smith said. “He said, ‘Buy more modern weapons, create more American jobs,’ and Japan will be buying the F-35 off the shelf, from U.S. factories.”

Asked whether the F-35 purchase is more about pleasing Trump ahead of bilateral trade talks with Washington next year or countering China, Koji Murata, a professor of political science at Doshisha University in Kyoto, replied, “The answer is both.”

“We are increasing our defense effort very significantly, but without the U.S., Japanese security policy cannot stand,” a senior defense official in the National Security Secretariat said in an interview in Tokyo last week.

“That right there bakes in some interoperability that we may not have with some other navies of the world. They fly airplanes that are very similar to ours. … Their data links are the same as our data links, so we have a special relationship,” Thomas, commander of the Japan-based Combined Task Force 70 and Carrier Strike Group 5, told reporters last week on the aircraft carrier USS Ronald Reagan.

The new decision to procure F-35Bs connects to both operational and geographical concerns, given that Japan is an island nation with few long runways. The aircraft will also be placed on Izumo-class destroyers that are set to be transformed into aircraft carriers under the government’s newly announced defense-policy guidelines.

As Capt. Katsuyoshi Motoyama—the commanding officer of the JS Izumo, the lead ship of the Izumo class—told U.S. reporters last week, the short length of the Japan Maritime Self-Defense Force’s largest ships means they can’t launch F-35As. But the refitted helicopter destroyers would be sufficient for the pricier F-35B variant, which is capable of vertical or short takeoffs and vertical landings, and does not require a catapult launcher.

“When it comes to the security environment, their activity in the South China Sea and East China Sea is still going on and has not changed a lot,” he said. “Face to face, we are smiling, but under the table we are kicking each other.”

Japan’s decision to beef up its defense forces and buy American-made military equipment must also be seen in the context of the current U.S.-Japan relationship, Smith noted.

“I think it’s pretty clear that Abe and Trump both have an interest in better Japanese capabilities given the neighborhood Japan lives in. I think they’re both on the same page on these weapons sales,” she said. “Will it affect [U.S. Trade Representative Robert] Lighthizer and others who are actually negotiating trade? I can’t say yes for sure, but it doesn’t hurt, obviously, that this has been one of the outcomes already negotiated and decided.”

Reporting in Japan was conducted during a Sasakawa USA-International Center for Journalists fellowship program.