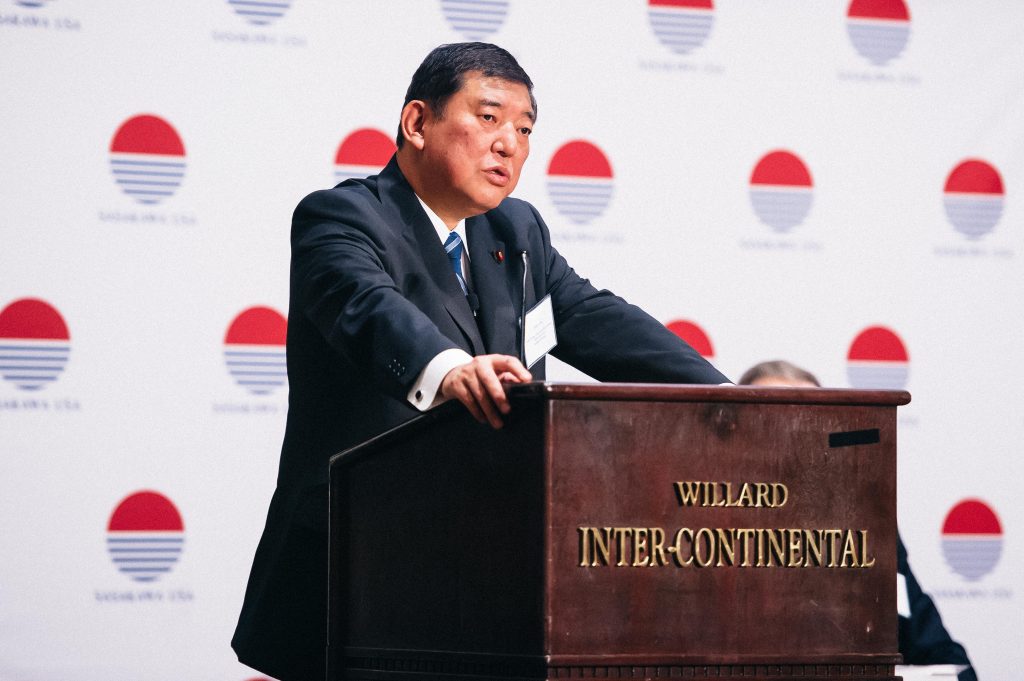 Japan’s former defense minister Satoshi Morimoto, Ambassador Kenichiro Sasae, and senior Japanese Minister Shigeru Ishiba (pictured at right) all took stances against disparaging remarks made by candidate Donald Trump, though some did not mention him by name, only referenced his positions.

“One candidate has been talking about change in alliance relationship and this is a concern in Japan,” Ishiba is quoted as saying in the Navy Times. “We understand that the citizens of the U.S. choose the president and who they chose, that’s none of our business. But no matter who becomes president I think an understanding of the nature of the alliance … will lead to proper policies being implemented.” Read Ishiba’s full comments here (日本語).

Concerns also were levied toward Democratic Candidate Bernie Sanders, who some worry may be too caught up with domestic issues to maintain strong international alliances, as well as Democratic front-runner Hillary Clinton, for her current stance against the Trans-Pacific Partnership.

Below are links to the coverage, as well as video of a Japanese news report. Read more about the event, or watch the full conference on video here.