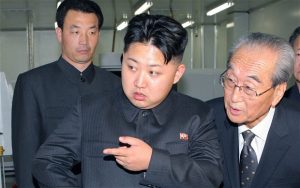 At a recent conference organized by the National Committee on US-China Relations (NCUSCR), Sasakawa USA Chairman Admiral Dennis Blair told participants that using a surgical strike to eliminate North Korea’s nuclear facilities would be difficult for the United States due to the extensive system of tunnels in North Korea.

“If I were to run the national intelligence again,” said Admiral Blair, “and the president comes to me and says, ‘Here is General [Jim] Mattis’ strike plan and can you ensure me that this will take out of all the North Korea nuclear capabilities?’ – it won’t be easy to say yes.”

Blair then agreed that the United States may have to accept a nuclear North Korea, and suggested that deterrence may be the strongest option for the U.S.

“We can deter them. They may be developing 10 to 15 nuclear weapons. We have 2,000. They can do a lot of damage to the US, but there won’t be any North Korea left in the event of a nuclear exchange [with the US]. That’s not a good regime survival strategy and even Kim [Jong-un] would understand that.”

Read more coverage of Admiral Blair’s and others’ comments on North Korea at the NCUSCR event in the following publications:

• South China Morning Post: America may have to accept nuclear-armed North Korea as military strike too risky, says former US admiral
• Business Insider: Here’s why the US would have to be insane to attack North Korea
• The Villages Suntimes: US Plans First Test of ICBM Intercept, With North Korea on Mind