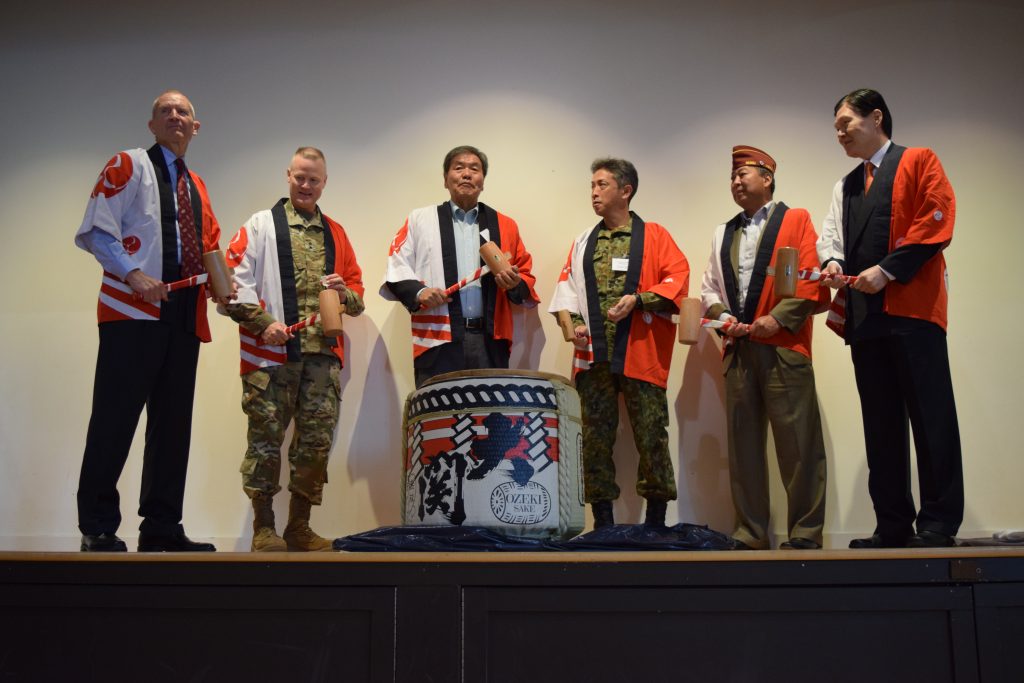 Sasakawa USA’s recent Japan-US Military Program (JUMP) event with the Nisei Veterans Committee in Seattle was highlighted in an article in the North American Post by Shihou Sasaki. Members of the U.S. Army, the U.S. Air Force, the Japan Ground Self-Defense Forces, along with members of the broader Seattle community came together at the event to honor the Nisei Veterans who served in the segregated 100th Battalion/442nd Regimental Combat Team (RCT) and the Military Intelligence Service (MIS), during World War II.

“We clearly understand that most Japanese Americans went through a lot of hardship during World War II,” Lt. General Takashi Motomatsu, Commanding General 8th Division, Western Army of JGSDF, is quoted as saying in the article. “I would like to express my appreciation” for their contributions to society and the reconstruction of the Nikkei community.