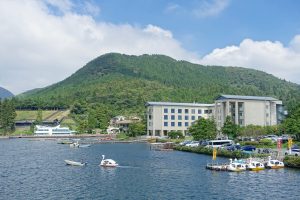 Despite U.S. withdrawal from the Trans-Pacific Partnership trade pact, Japan and the remaining ten countries met in Hakone, Japan for discussions on reviving the trade pact and maintaining its rules that open markets to free trade in agricultural goods, increase labor protections, and protect intellectual property in participating nations.

According to a July 14 New York Times article, as the largest economy of the remaining partner nations, Japan is pushing to maintain the bulk of the original trade pact’s ambitious provisions. Additionally, states the article, Japan’s work to uphold the trade pact without the U.S. reflects its recognition that it may no longer be able to rely on U.S. leadership, and its desire to compete against the Regional Comprehensive Economic Partnership led by China. The article draws on insights from a range of experts on Japan’s trade policy, including Sasakawa USA Distinguished Non-Resident Fellow Tomohiko Taniguchi.

“The hope, of course, of Japan is to maintain the status quo of the already agreed framework, including the details,” said Taniguchi. Nonetheless, he acknowledged, negotiations would be challenging. “It’s a gathering of 11, after all, self-centered, even selfish countries,” he said. “All sorts of negotiations are likely happening.”

Read the full article in the New York Times here.

Tomohiko Taniguchi is a distinguished non-resident fellow at Sasakawa USA, a special advisor to Prime Minister Shinzo Abe’s cabinet, and a professor at Keio University. Read more of his research and analysis here.