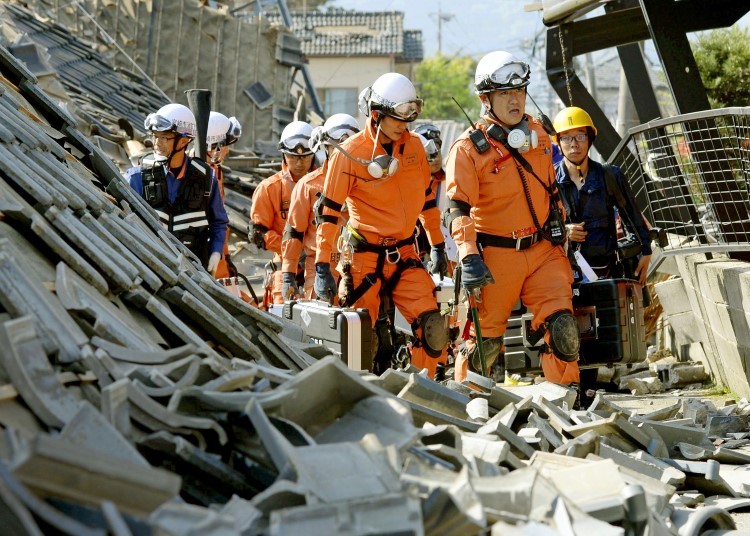 Volunteer efforts are mounting in Kumamoto Prefecture, Japan, after twin earthquakes on April 14 and 16 razed buildings, triggered landslides, and crippled infrastructure. The magnitude-6.5 and 7.3 quakes killed 49 people, injured thousands, and displaced many tens of thousands from their homes as aftershocks in the region continue.

As relief work carries on in the coming weeks, Sasakawa USA would like to extend its heartfelt condolences and support to all those in Japan who are affected by this disaster.

These earthquakes have created an immediate need for global support. Sasakawa USA recommends our sister organization, The Nippon Foundation, as one option for those who would like to support recovery efforts. On April 15, the Nippon Foundation established the Kumamoto Earthquakes Volunteer Fund and began accepting donations to support on-site volunteer activities.

To ensure that the money can be used to provide immediate relief, donations support the activities of NGOs and volunteer organizations working in the area. Many homes have been destroyed, which means some people who were displaced are expected to live in evacuation centers for an extended time. In addition to providing emergency food rations, water, other necessities, and support for elderly or disabled people who need special assistance, many volunteers will be needed during the recovery period to help remove debris and rebuild homes. Donations to the Kumamoto Earthquakes Volunteer Fund will be used to support these activities. Click here for more details.

The Nippon Foundation additionally has announced the first stage of its own emergency support measures totaling more than 9 billion yen (more than $80 million) to include funds for emergency response, support for NGOs and volunteer organizations, payment of condolence money to families affected by the disaster, the establishment of financing structure for rebuilding homes and businesses, support for repairs to Kumamoto Castle, and establishment of The Nippon Foundation Disaster Response Support Center in Kumamoto.

Sasakawa USA also would like to encourage the public to keep informed about the situation in Kumamoto and the surrounding areas, and to keep the region in your thoughts as they continue to experience aftershocks. Here are some links to news reports for more information on the disaster: