TRT World interviewed Sasakawa USA Fellow for U.S.-Asia Relations Christopher Nelson on North Korea’s successful test of a long-range missile on July 4. In the July 5 interview, Nelson was asked about the degree of the threat from Pyongyang, North Korea’s interest in dialogue, and the effect of sanctions on the Pyongyang regime.

“The question becomes how much time do we have to figure out what we, collectively, the world, are going to do to see if there is some way to contain these guys if we can’t get them to give up their nukes,” said Nelson. “What can you offer that might work?”

According to Nelson, while China and Russia are in favor of putting a freeze on sanctions, and the new South Korean government seems amenable to this option, the South Korean government may be “leery of making a deal about not continuing to cooperate with the U.S. military alliance, [which is] the only thing that has prevented North Korea from invading” South Korea.

Watch the entire interview in the embedded video below: 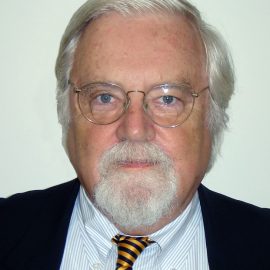 Christopher Nelson is the Fellow for U.S.-Asia Relations at Sasakawa USA. He also is editor and publisher of The Nelson Report, a daily “insider’s” look at foreign policy and trade issues published in Washington, D.C., and is a consultant for Samuels International Associates.