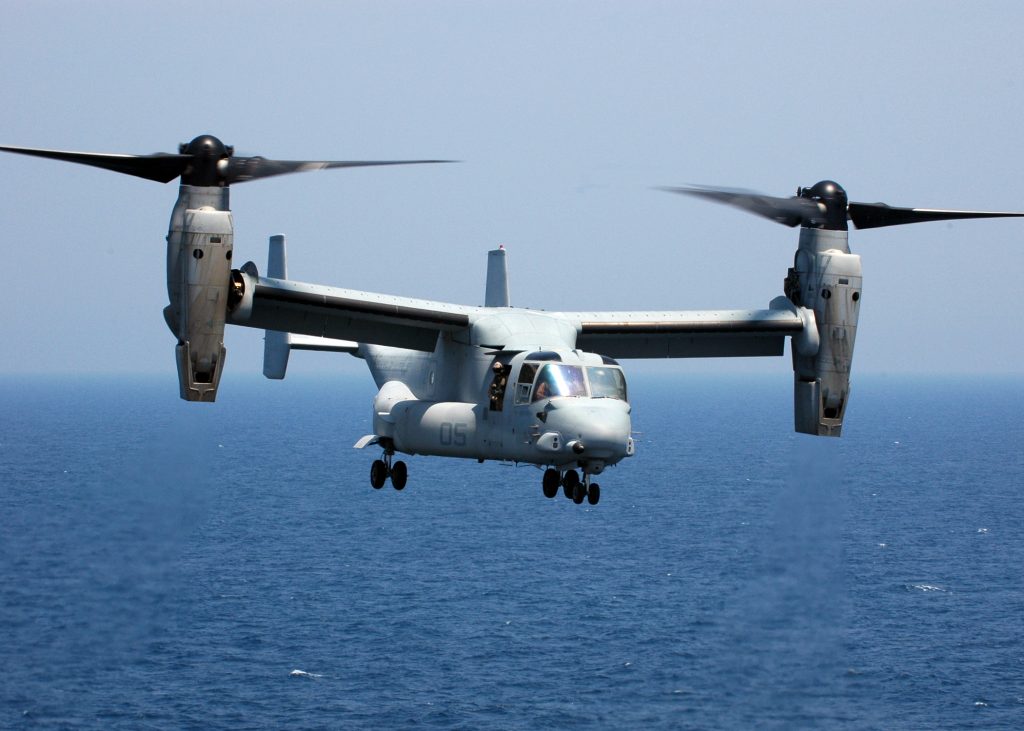 Despite an overall positive safety record, the Osprey has long been viewed on Okinawa as “the world’s most dangerous aircraft” — a reputation that has been intensified by a recent crash on the island, Sasakawa USA’s Dr. Jeffrey Hornung said in a December 16 article in the Marine Times by Jeff Schogol.

“Because [the town of] Ginowan has grown up around Futenma, there was always a worry that a crash could kill people,” Hornung said at a media roundtable event hosted by Sasakawa USA. “This sort of sparked this fear again of the dangers of Futenma.”

This fear also has been used by those who are against any U.S. military presence in Okinawa as another reason to protest, Hornung said, and the two issues often are combined within that movement.

“I was down in Okinawa about two years ago,” he said in the article. “I was given a sign by the Kadena mayor’s office. On one side of the sign it said ‘No Osprey.’ On the other side of the sign, it said … ‘Opposition to the bases.’”