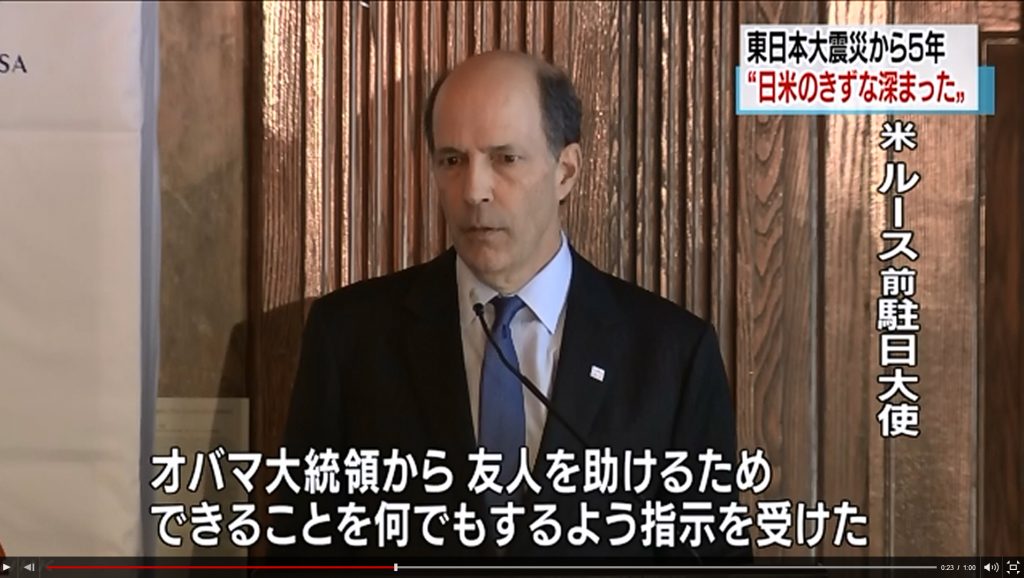 The United States and Japan: Reassessing 3-11, a conference co-hosted Tuesday by Sasakawa USA and the U.S.-Japan Council, was featured in a segment that aired  March 9 on NHK News.

The segment includes clips of the Hon. John Roos, former U.S. Ambassador to Japan during the crisis, and the Hon. Goshi Hosono, the former Minister for the Restoration from and Prevention of Nuclear Accidents, who both were featured speakers at the event.

In the clip, Amb. Roos describes calling President Barack Obama in the immediate aftermath of the disaster. “It was the instruction of the President,” Roos said. “He said, ‘Do whatever you can possibly do to help our Japanese friends.’ ”

Watch the video on the NHK website here, which also includes a brief Japanese summary of the event.

A full video archive of the conference soon will be made available here.