Experts give opinions on U.S.-Japan policies under President-elect Trump 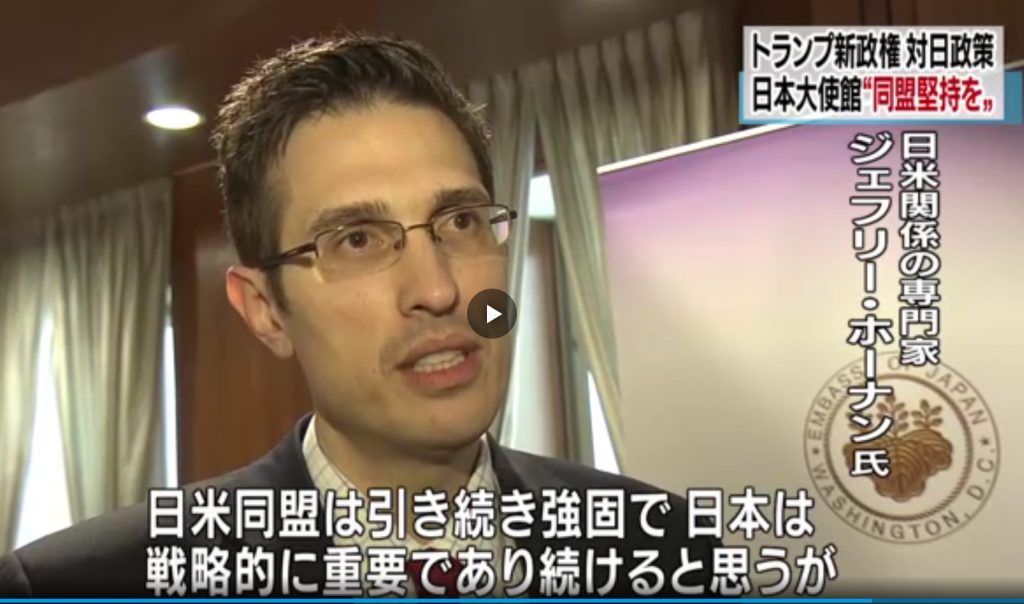 The U.S.-Japan alliance will remain strong under President-elect Trump, though some specific details could change over time, Sasakawa USA’s Dr. Jeffrey Hornung told NHK in a news segment that aired on December 17.

“The alliance will continue to be strong,” he said. “I think that Japan will remain a central part of America’s strategic focus in the region, but I think some of the details of our relationship will change, again, perhaps the burden sharing of the alliance.”

Dr. Hornung’s comments were filmed after he spoke at an event on the topic at the Embassy of Japan in Washington, D.C.