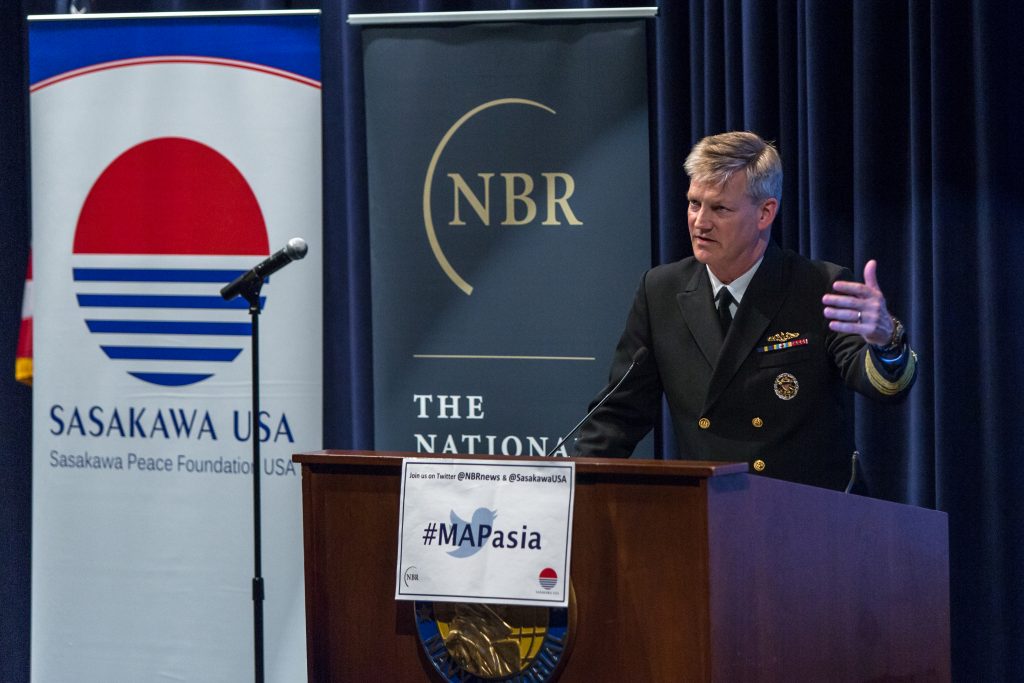 Quoted in a story by Otto Kreisher for Seapower magazine on April 15, Thomas continued: “What a fantastic device for them to understand, not just the political-military landscape, but the fisheries landscape, the energy landscape, just the asymmetry involved in the maritime domain, because I think that’s very, very important to mariners.”

Thomas was the keynote speaker at an April 14 conference celebrating the launch of MAP by Sasakawa USA and the National Bureau of Asian Research. The new interactive web portal offers, as Seapower writes, is “an extensive collection of maps, showing the conflicting territorial claims, the intensely worked fisheries, the suspected and proven oil and natural gas fields, and pages of statistics, academic papers and other sources of information on the Western Pacific, Indian Ocean and the East and South China Seas.”

Visit the MAP website here and click here to see a photo gallery and videos from the event.

The launch of the web portal also was covered in an article by John Grady with USNI — the U.S. Naval Institute’s news site — which recaps a panel discussion on the implications of the dispute between the Philippines and China over the Scarborough Shoal.