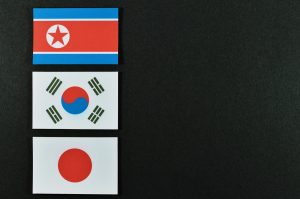 Sayuri Romei, Associate Fellow for Security and Foreign Affairs at Sasakawa USA, assessed the politics of the abduction of Japanese nationals in relation to upcoming talks with North Korea in a June 6 Kyodo News article. In “OPINION: Japan needs a realistic proposal on the abduction issue,” Romei sees Abe’s direct and uncompromising stance on this issue as “symptomatic of a bigger fear.” The fear is over “the risk of being sidelined by its [Japan’s] closest ally, the United States.”

The article suggests Japan should reframe the abduction issue to align its interests more closely with South Korea, which has also had citizens kidnapped. Romei argues that focusing on the commonality of this shared struggle “will engender continued U.S. support and align the three countries in the negotiation process…”

Read “OPINION: Japan needs a realistic proposal on the abduction issue,” on the Kyodo News website.