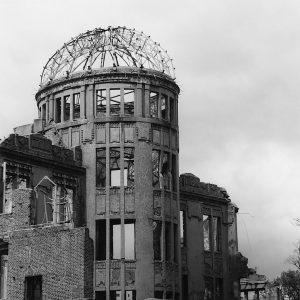 When U.S. President Barack Obama makes a historic visit to Hiroshima on May 27 after the G7 summit in Japan, he likely will discuss the suffering of those who lived there when the world’s first atomic bomb was dropped in 1945, Sasakawa USA’s Tobias Harris said in a May 11 article in The Japan Times by Eric Johnston and Reiji Yoshida.

After Obama’s announcement on May 10 that he will visit Hiroshima and give a speech, attention turned to what exactly he will say and whether the visit — the first by a sitting United States President — will be viewed as an apology.

“Surely he can’t go to Hiroshima and discuss the atomic bombing in passive voice, as if it were some kind of natural disaster?” Harris said in the article. “I do expect that he’ll have to discuss the suffering — and therefore the humanity — of America’s victims in Hiroshima and Nagasaki, which certain sections of American political opinion will criticize as an apology, but I don’t think he’ll go so far as to question the necessity of the decision or, for that matter, offer a lengthy defense of the U.S. decision to drop the bomb.”

Sasakawa USA Fellow Dr. Jeffrey Hornung additionally has commented on Obama’s trip to Hiroshima in recent articles by the Sankei Shimbun and USA Today. Read more on those articles here.