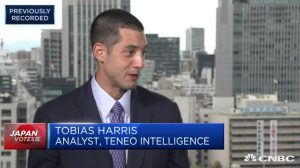 In the lead up to and aftermath of Japan’s Lower House elections on October 22, Sasakawa USA’s Tobias Harris provided expert commentary on the elections and the overall political landscape in Japan for a range of publications and media outlets including Washington Post, Financial Times, and NPR. Harris also published an op-ed in Foreign Affairs on Tokyo Governor Yuriko Koike’s Party of Hope and its poor performance in the election.

In an October 20 segment in NPR’s Morning Edition, Mr. Harris commented on Yuriko Koike’s position days leading up to the election, acknowledging that “for seizing the issues and recognizing that there was a window of opportunity, I think [Yuriko Koike] deserves a good deal of credit.”

On the push for a snap-election, Harris told WNYC’s The Takeaway radio show that “Abe saw a moment of opportunity where after a summer in which he saw his poll numbers plummet, they started to creep back up.”

The election ultimately allowed Japan Prime Minister Shinzo Abe to retain a super-majority in the Diet, giving him the chance to become the longest-serving prime minister in Japan’s post-war period.

“[The LDP] and its coalition partner Komeito have won a major victory,” Harris told Financial Times. “Abe has recovered some of the power he lost when he was battling allegations of influence peddling. It will strengthen his grip over the LDP, and silence some of the critics who emerged when Abe’s approval ratings fell.”

See below for a full list of Harris’s contributions to media coverage of the October 22, 2017 Lower House elections in Japan.