Constitutional revision still not a sure bet despite LDP wins 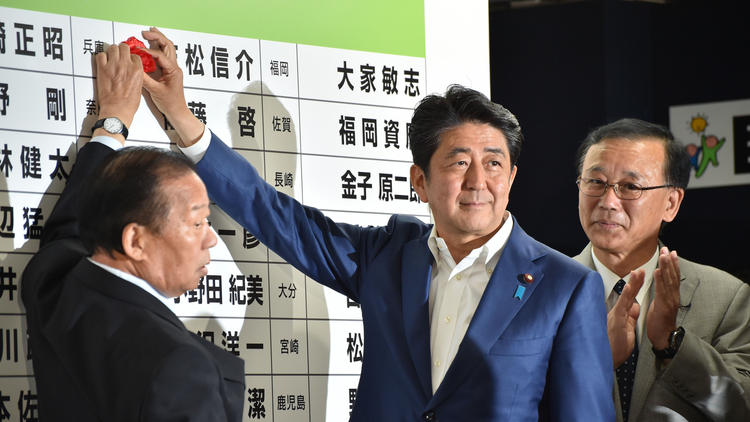 According to an article by Kirk Spitzer in USA Today, “Sunday’s vote was a ‘solid victory, as expected,’ for Abe, but it does not guarantee that Abe will be able to assemble the full two-thirds majority — 162 seats — in the upper house necessary for changing the constitution.”

Harris, who also is an Asia specialist with Teneo Intelligence and a former Diet aide, said Abe’s ruling Liberal Democratic Party does not share the same vision with coalition party Komeito. “The more actors that are involved, the harder it will be to agree on constitutional revision that actually unites 162 members,” he said in USA Today.

“The campaign has exposed the degree to which the LDP and Komeito do not have the same vision for revision – nor do they have the same sense of where revision should rank on the list of priorities,” Harris said in The Guardian. “When you add the assorted third parties into the mix, the picture gets even murkier. So it’s not immediately clear to me what form constitutional revision would take.”

He expanded on this in an article by Motoko Rich in the New York Times, saying, “We are talking about a tremendously complicated and contentious political process. The idea that Abe is just going to be able to get whatever he wants is just not the reality.”

Harris told Jake Adelstein with the Los Angeles Times that, instead, “In the near term, the most pressing question will be finalizing a stimulus package, which will occupy the ruling coalition for the next several months.”