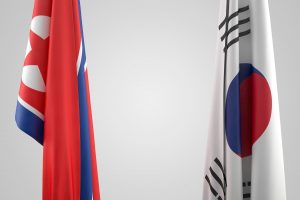 Sasakawa USA Chairman Adm. Dennis Blair was quoted on the subject of North Korea in two articles published in the Financial Times on January 9. Adm. Blair is a former Director of National Intelligence and previously served as Commander in Chief of the U.S. Pacific Command.

Escalating U.S. rhetoric about military action in North Korea was the subject of “Trump and North Korea: The Perils of a Pre-Emptive Strike.” In the article, Adm. Blair suggested that there are three possible options for U.S. military actions: The U.S. might strike in response to a North Korean act; the U.S. might move significant military assets to the region as a warning to North Korea; or the U.S. could engage in a pre-emptive strike. The last option is the riskiest, Blair said, due to the difficulty of finding and destroying the entire nuclear program.

In “U.S. Watches Inter-Korean Talks for Signs of Thaw,” Adm. Blair was asked to comment on the inter-Korean talks held January 9 at the shared border village of Panmunjom. “The talks aren’t going anywhere,” he said, adding that he was “completely cynical” about their prospects.