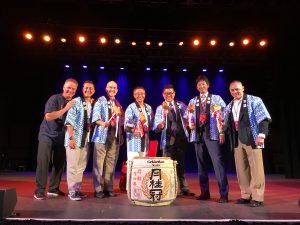 Sasakawa USA CEO and San Diego native Amb. James Zumwalt was featured in a recent San Diego Union-Tribune article for his work with the Japan-U.S. Military Program (JUMP) in San Diego and his long career in the State Department working on U.S. policy in Asia. Amb. Zumwalt was in San Diego participating in JUMP’s Marine Corps Recruit Depot Breakfast Reception event on June 15, as well as their June 16 Beer & Sake Festival. Both events were held in conjunction with the Japan Society of San Diego & Tijuana, and coincided with  a Japan Maritime Self Defense Force ship visit to San Diego.

In discussing the U.S.-Japan alliance, the topic of his June 15 keynote address, Amb. Zumwalt told the San Diego Union-Tribune that the U.S. and Japan are natural allies because of their shared values.

“We’re both democracies. We both want to see an open international trading system. We believe in the rule of law. Because of those shared values, we’re natural partners in a lot of ways,” he said.

Amb. Zumwalt went on to explain the importance of JUMP programming that brings together military officers from the U.S. and Japan.

“All these young officers will have the experience of coming to San Diego and seeing that America is a pretty nice place. That has a benefit down the road when they’re off on a destroyer somewhere exercising with us.”

JUMP connects past and present service members, families, and government civilians who have served in Japan, providing a powerful foundation for continued engagement that will help sustain this important bilateral relationship. The program is a collaborative effort between Sasakawa USA, the Embassy of Japan in the United States and the National Association of Japan-America Societies. 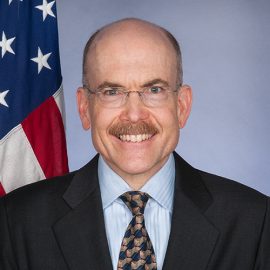 Ambassador James P. Zumwalt is a Distinguished Senior Fellow of Sasakawa USA, andpreviously the Chief Executive Officer. He was the U.S. ambassador to Senegal and Guinea-Bissau from 2015 to January 2017. Previously, he was responsible for policy toward Japan and Korea as deputy assistant secretary in the Bureau of East Asia Affairs in the U.S. State Department.