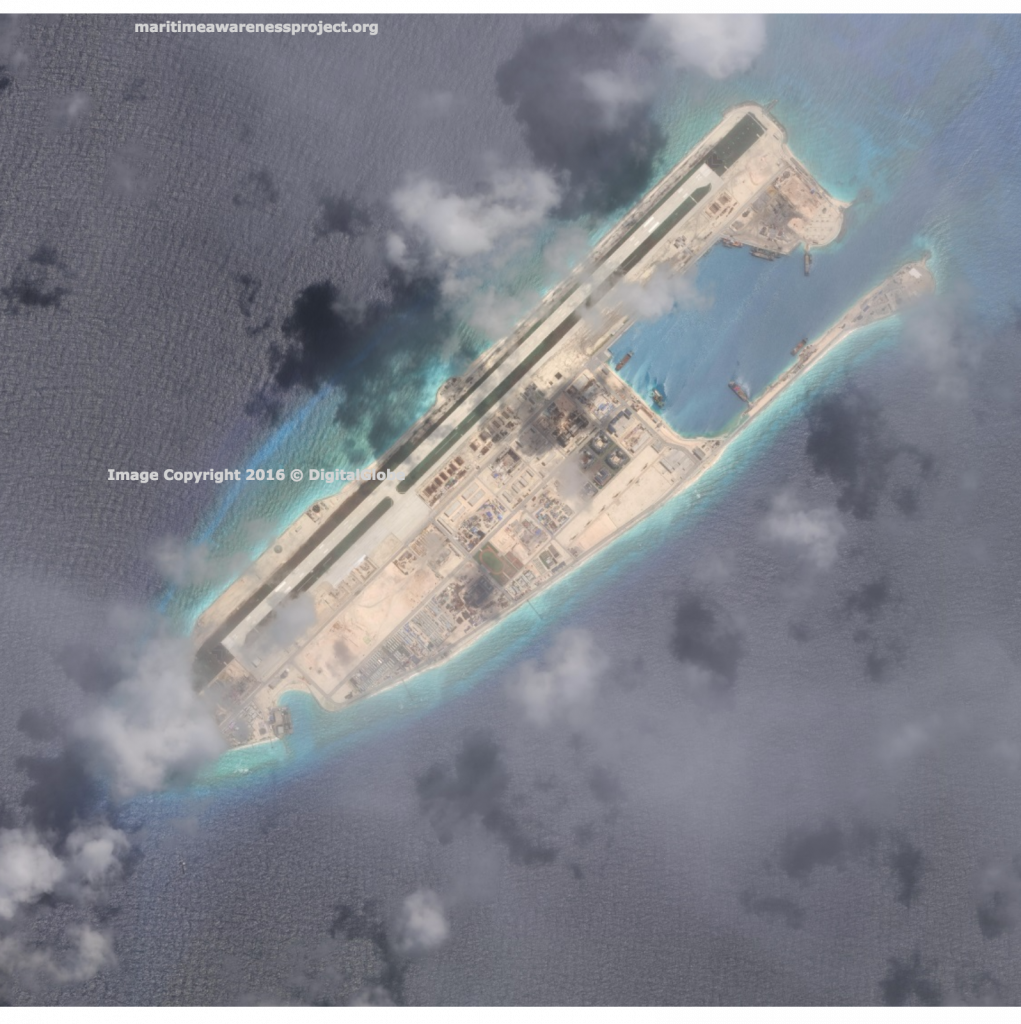 Sasakawa USA’s Chairman Adm. Dennis Blair and the Maritime Awareness Project, a joint project between Sasakawa USA and the National Bureau of Asian Research, are featured in an episode of the PBS Great Decisions in Foreign Policy Series on “China’s Maritime Build-Up.”

The episode, narrated by David Strathairn, discusses China’s increasing maritime presence, the buildup of its Navy, and pursuit of ambitious territorial claims in the South and East China seas.

“…They’ve been increasing their [military] budget by about 10% each year. As their economy has contracted, we have for the first time seen the rate of these increases slow.”

The episode additionally uses imagery sourced from the Maritime Awareness Project (MAP) that shows the extent of land reclamation work China has conducted on islands in the South China Sea in an attempt to solidify its strategic presence and claims. MAP additionally is used as the source for a key graphic in the episode showing the competing claimed territorial seas and exclusive economic zones surrounding China,Taiwan, Vietnam, the Philippines, Malaysia, Indonesia, an Brunei.

Access the full episode on Vimeo here or on iTunes here.