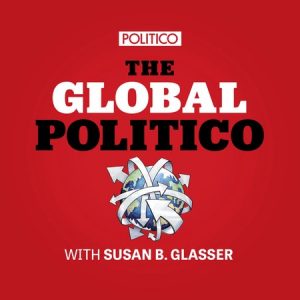 “The overall consistency of North Korean policy has been pretty remarkable over, I’d say, 50 years or so, and [Kim Jong Un] basically is carrying on that policy, which is to provoke, take outrageous actions below the level of triggering a major conflict with the United States and South Korea,” Blair says in Episode 33 of the podcast, titled Twitter Man vs. Rocket Man.

“Then he takes the results of those provocations and he tries to turn them into political gains that may be something like an aid program. We responded to some of the North Korean provocations by trying to work out a deal with them to provide them peaceful nuclear power in return for giving up military weapons.

“Sometimes they turn them into negotiations to get simple recognition that they have achieved a new status. Sometimes they use them to try to divide their adversaries: the United States, Korea, Japan, occasionally Russia. So, this pattern of operating below the level of a major war, but sufficiently alarming to get the attention of other governments, is quite consistent, and he seems to have updated it, pursues it perhaps more vigorously than others, but I don’t see a radical departure in the North Korean game as I’ve seen it played out.”

Listen to the full episode here or read a transcript of the conversation here.