Abe reaches for a constitutional legacy 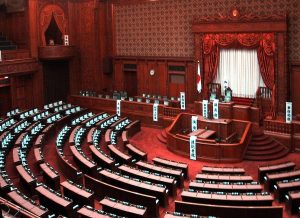 Prime Minister Shinzo Abe has always been open about his commitment to revising Japan’s postwar constitution, going right back to when he entered Japan’s Diet in 1993. Mr. Abe has long argued that the charter is a relic of another age written in haste by “New Dealers.” So his pledge to amend the document by 2020, made on the 70th anniversary of the constitution’s promulgation last Wednesday, was hardly a surprise.

Strong as Mr. Abe’s zeal on the subject is, his pragmatism will determine whether he achieves his mission. His announcement likely marks the beginning of a contentious multi-year process. It is unlikely the Diet will take up revision before spring 2018, which could lead to a national referendum on the subject in late 2018.

In the meantime, Mr. Abe will have to manage his own Liberal Democratic Party and its coalition partner Komeito, which has historically been skeptical of revision. He will have to keep the opposition Democratic Party and other opposition parties off balance to prevent them from galvanizing public opposition. And he will have to make his own case to a public that is uncertain about the necessity of revision but will have final say on any amendment via referendum. If Mr. Abe is unable to manage this process, it could derail revision entirely and jeopardize the survival of his government.

Click here to continue reading in the Wall Street Journal.