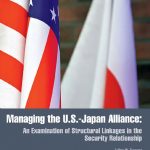 Managing the U.S.-Japan Alliance: An Examination of Structural Linkages in the Security Relationship (Second Edition) 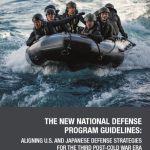 In The New National Defense Program Guidelines: Aligning U.S. and Japanese Defense Strategies for the Third Post-Cold War Era, a bilateral group of Japanese and American scholars and former defense officials examine the policy implications of the new NDPG. In a collection of papers, they analyze the global changes in the post-Cold War security environment that stimulated adjustments to Japan’s defense policy, identify the common challenges faced by the two allies, and emphasize the opportunities for cooperation between the United States and Japan. 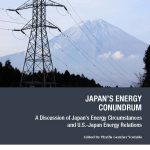 Sasakawa USA is pleased to bring together an outstanding group of senior scholars, all with extensive knowledge and experience, to analyze and explain the many facets of Tokyo’s energy situation and its intersection with the U.S.-Japan relationship. Japan’s Energy Conundrum provides insights into how Japan is seeking to resolve its current energy conundrum in the aftermath of the Great Eastern Japan Earthquake and Tsunami. 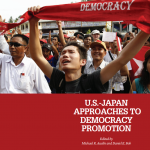 Cooperation to support democratic development should be an important component of the U.S.-Japan Alliance, and this volume is intended both to endorse it and to propose practical measures for both countries to take. 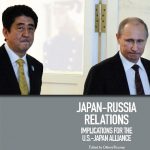 This volume brings together analyses from leading economic and security experts who describe an underdeveloped Japan-Russia economic relationship, a series of ingenious but unsuccessful diplomatic and cartographic attempts to divide the Northern Territories in a way that both countries could claim as a win, and very subtle signaling by Russia and Japan that their concerns about China may present a margin for better relations with one another.