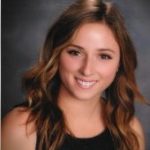 Hayley Aron is an Administrative and Program Assistant at the Maureen and Mike Mansfield Foundation. Prior to joining the Foundation, Hayley worked as an Assistant Language Teacher with the Japan Exchange and Teaching (JET) Program in Okinawa, Japan, for two years. Hayley received her BA in Global Interdisciplinary Studies from Villanova University and is currently completing her MA in Conflict Resolution at Georgetown University, and a certificate in Asian Studies, School of Foreign Service. 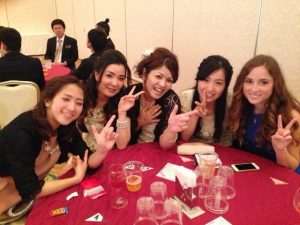 My first year working as an Assistant Language Teacher for elementary schools in Okinawa started off with some bad luck. My laptop was smashed in the airplane and I somehow lost my glasses at Tokyo orientation, so I was a bit disconnected and disoriented.  Since bad luck always comes in threes, that first weekend I experienced my first typhoon. The storm burst a water pipe in my new apartment, flooding the place and causing a mold infestation that eventually forced me to relocate.

It was a difficult adjustment and sometimes overwhelming, but I loved living on my little slice of paradise. I was paid to play games with children who were excited to see me, I could scuba dive and swim any day of the year, my apartment had ocean views, and overall the general atmosphere was carefree. The only thing missing was a feeling of connection. As one of the few native English speakers in my town, it was hard to find my place in the community and sometimes I felt a little lonely.

One day, a coworker asked if I wanted a ride to the wedding of Hidefumi-sensei, another one of our coworkers. To be honest, at the time, I had absolutely no clue what she was talking about. Nor did I know that Hidefumi-sensei was getting married, let alone that he had a girlfriend. Even more surprising was that I was told two days before the wedding. Regardless, I was over-the-moon ecstatic. My excitement wasn’t so much over the wedding invite, but because I felt I had reached my first milestone during my time on the JET program.

My initial confusion wasn’t an isolated case, however, and wasn’t just because of the language barrier. I taught at seven to nine different schools, often making me the last person to know what was going on.

With the lack of information flow, I had to rely on other teachers to inform me of important events or explain things. However, when I prompted my fellow teachers for updates, I usually ended up with the face-– the same panicked expression my students gave me when I asked a question in English. To be fair, I’d be pretty nervous too if I needed to explain something to a foreigner. Combine that feeling with the cultural aspect of the Japanese being more indirect conversationally, and most often I was left out. This contributed a lot to my isolated circumstances.

But one thing I’ve learned when traveling is to go with flow because eventually you’ll make connections with a little time. While I didn’t know Hidefumi-sensei very well, I was flattered to be considered for an invite and decided to join. I usually think of weddings as a friends and family event, but in Japan your work is a big part of your personal life. You work for most of the day, go drinking with coworkers afterwards, and attend any weekend events together. Therefore, it’s only logical to invite all your coworkers to your wedding. Japanese weddings are also structured different from American weddings. Most guests arrive just for the reception while the ceremony, depending on the religious affiliation, is reserved for close family. A monetary donation is also expected, rather than a gift, and it can get quite pricey. I gave ¥10,000 (or $100) but that’s on the lower end.

There is also a tradition of speeches; this wedding had a lot of them! The principals from both the bride and the groom’s school, the fathers, the mothers, the best friends, the married couple to their in-laws and parents, and more.  Throughout all these speeches were many tears—I noticed the waiters shedding a few! There were also a lot of performances, from friends dancing, to the school principals performing comedy skits. I even had to participate in an Okinawan dance with some fellow teachers! The bride and groom changed their outfits three times—the first was traditional Japanese attire; the second, a classical white Western wedding gown and tux; and the third, a large pink princess gown for the bride and another new tux for the groom. Even at the wedding after party, the couple had changed into more casual attire.

While this wedding was different from the ones I had imagined in my childhood, it was an absolute dream come true. The joy and love I felt around me for this couple and for each other was absolutely awe-inspiring. And I felt included as a part of the community instead of as a bystander. That connectivity continued for the duration of my JET career. Throughout all the troubles one encounters while living in a foreign place, with patience and a friendly smile, one can eventually find a true sense of connection.