True Stories from Japan: A Japanese Perspective on the DC Experience 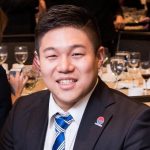 Ryosuke Kimura is a Research Intern at Sasakawa Peace Foundation USA. Ryosuke is concurrently a junior at the Faculty of Environment and Information Studies, Keio University, Japan, and is majoring in International Security, with a focus on Turkish security and foreign policy. He is a member of The Japan Internship for the Development of Young Leaders (IDYL) program sponsored by Ministry of Foreign Affairs of Japan (MOFA) and Cultural Vistas. He has been one of the student volunteers at AFS JAPAN since April 2015. 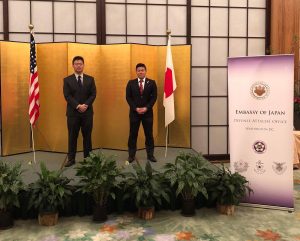 Every city has excellent characteristics that define it. It is said that Tokyo is famous for its huge intersection in Shibuya and a wide variety of delicious Japanese food such as sushi, ramen, and tempura. From my experience growing up and attending university in Kanagawa, an area about 30km south of Tokyo, I see Tokyo as one of the busiest cities in the world that also attracts foreigners. In my opinion, Tokyo is an indispensable city to Japan that serves as its political and economic center and I think Tokyo sees Washington as the most important city for bilateral relations.

So how might someone like me view Washington, DC before traveling there? Before I traveled to DC, I was thinking, from a Japanese perspective and particularly for international students, that DC is one of the most desirable cities for interning and studying abroad. As I boarded a plane from Tokyo to DC, with my heart beating faster than usual in anticipation, concerns remained in my mind about whether I would be able to find a community there. In Japan, I have formed communities within my classes, seminars, and club activities on campus. Apart from university, I have served as a student volunteer at AFS JAPAN, and had a part-time job teaching English and history to junior high school students. These kinds of communities, in addition to my hometown, have always made my life feel enriched, contributing to the feeling of belonging and a sense of true connection to my peers.

I arrived in the United States for the first time expecting to obtain knowledge of the U.S.-Japan relationship from American perspectives, while also feeling concerned about how I would be viewed as a Japanese student. To make my one-year stay in Washington satisfactory, I read a plethora of books and papers on U.S.-Japan relations and believed that I was ready to expand on that knowledge. In short, the city of Washington, DC has more than lived up to my expectations. Discussion events on politics and economics are always taking place at think tanks and other organizations. Ironically, since security affairs in Northeast Asia have been unstable, there are currently a lot of events featuring the Korean Peninsula, the U.S.-Japan alliance, and the quadrilateral relationship between the United States, Japan, Australia, and India.

My concerns about not being able to find my own community quickly dissipated, thanks to the many opportunities I found from my internship at Sasakawa USA, my time with the International Student House (ISH), and my involvement in the DC Sushi Club which is a small group of Japan-hands who host private policy focused events for its members. I could also talk with many students and experts by volunteering at events around DC like the Sakura Matsuri Street Festival hosted by The Japan-America Society of Washington, DC (JASWDC) and by taking part in discussions and happy hour events across the city hosted by university student groups.

While talking with people in DC, I often feel that they tend to focus on “Who are you?” and “What are you doing?” in a way that the Japanese tend to not. They seem to be more open and curious about personal trends in America than in Japan when it comes to introductions. Due to the characteristics of the city, with university students, professors, and experts from both academia and business gathering from all over the world to this one small place that is also a host of many countries’ embassies, I am able to gain a sense of U.S.-Japan relations and the bilateral relations from a new point of view.

I grasped that Japanese culture has considerably infiltrated Washington, DC, more than I anticipated. Needless to say, I already understood that people from abroad like Japanese culture, particularly Japanese cuisine and anime. However, by participating in several events and visiting this new place, I recognized other aspects of the culture permeating the city. When it comes to events related to Japan, one of the largest was the National Cherry Blossom Festival (NCBF), held from March 17 to April 15, 2018, which was rich with inspiration from Japanese traditional and pop culture. In April, I took a bus to Richmond, Virginia, where I found a beautiful Japanese garden at Maymont, a popular tourist spot. Moreover, I volunteered at the Embassy of Japan on May 5 during the Passport DC event organized by Cultural Tourism DC, which provides people opportunities to enjoy and learn about a variety of cultures by visiting embassies. Experiencing all of this, I have learned that Japanese culture has prevailed in not only Washington, DC, but also its surrounding areas.

I believe country-to-country ties are composed of three aspects: interaction between people; cultural exchange; and cooperation in areas such as politics, economy, and security. Relationships between countries cannot easily collapse if these three elements are robust. While security and economic cooperation among countries might be affected by their surroundings and fluctuate regularly, the foundation of the alliance based on personal and cultural exchanges must remain unshaken.

For the United States and Japan, investing in the young generation is a very effective way of solidifying the relationship. Under the leadership of the Prime Minister of Japan and the President of the United States, bilateral relations will be further straightened, with a firm base provided by people-to-people interactions and cultural exchanges.