True Stories from Japan: Alliance offers a wellspring of information on Asia-Pacific security 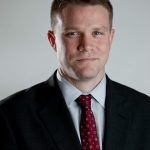 Phillip Lohaus is a Research Fellow at the American Enterprise Institute (AEI) who participated in Sasakawa USA’s Foreign Policy Initiative SEED Trip from October 19 to 23, 2015. Those in the group met with members of the Japanese Diet, media, ministries, Cabinet Secretariat, the National Institute for Defense Studies (NIDS) and the National Security Council as well as representatives of leading corporations and defense industry representatives to discuss developments in U.S.-Japan defense cooperation. Phillip Lohaus wrote this blog post reflecting on the trip.

Even though Tokyo is the largest city on the face of the Earth, it is so well organized, clean, and safe that it doesn’t feel overwhelming. It has many different aspects to it, and deserves its reputation as a world-class city with something to offer everyone. The people of Tokyo are friendly and far more willing to engage with — and show hospitality toward — foreigners than I previously thought. 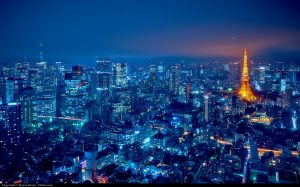 During the Sasakawa USA SEED delegation, we heard, time and again, that there is an emerging consensus among Japan’s national security elite that Japan must take a larger role in shaping its own national security. It also was apparent that this is a relatively new realization and that, because of this, much work still needs to be done to flesh out exactly how Japan can do this. I was pleasantly surprised by the extent to which the individuals we met with recognized the importance of the U.S.-Japan alliance, and also by their willingness to discuss sensitive national security issues with us.

The alliance is in good shape, but we can do so much more to strengthen it. The delegation also increased my interest in learning more about Japanese perceptions of China. During one of my private meetings with the Director of Policy at the Ministry of Defense (which was arranged in part through Sasakawa USA), my interlocutor mentioned that Japan-China relations are shaped by centuries of interactions; analogous to the competition that frequently marks relationships between siblings. Japan’s observations of China are a potential wellspring of information for American policymakers who work on Asia-Pacific security issues.