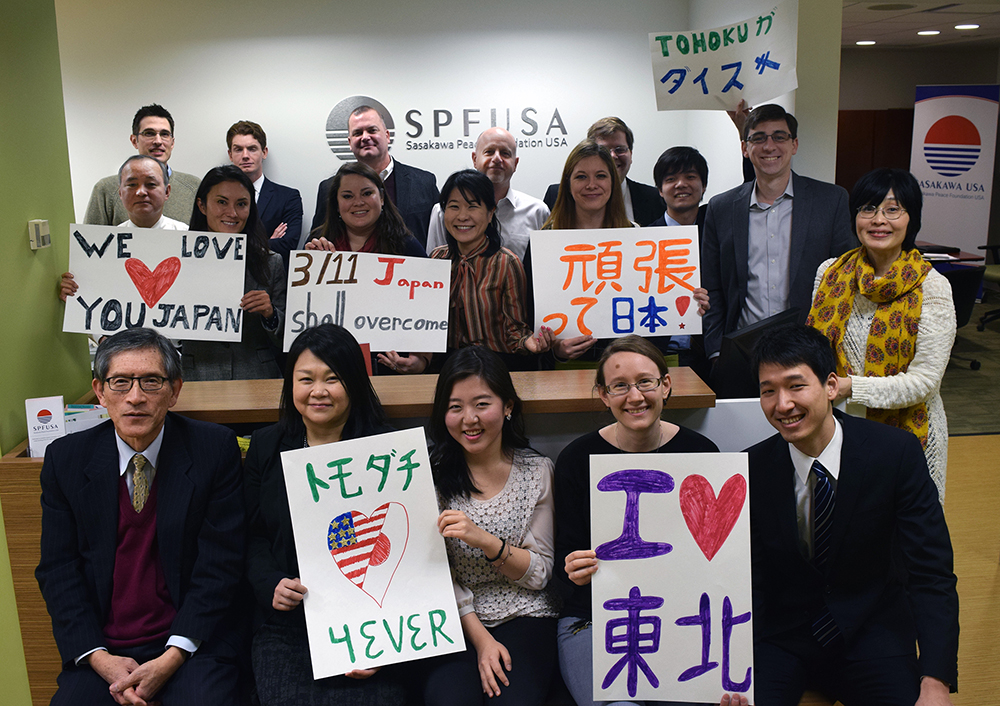 This Friday marks the fifth anniversary of 3/11, when the most powerful earthquake ever to have hit Japan struck off the coast of the Tohoku region. As the disaster unfolded, a massive tsunami with waves up to 40 meters in height slammed into the coast, killing more than 15,000 people and contributing to the meltdown of nuclear reactors at the Fukushima Daiichi Nuclear Power Station.

To commemorate the fifth anniversary of the disaster, Sasakawa USA is joining in on a social media campaign initiated by the U.S.-Japan Council and TOMODACHI aimed at supporting the people of Tohoku. Anyone can participate — simply take a photo that expresses your support for Japan and post it on social media with the #TOMO311 hashtag. 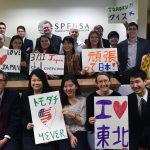 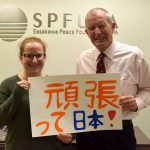 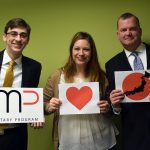 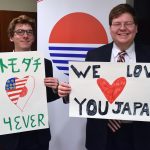 Beyond social media, Sasakawa USA also is taking a more serious and in-depth look at the disaster by hosting two events in Washington, D.C.:

• The first, held Tuesday in coordination with the U.S.-Japan Council, was a full-day public forum on the disaster with discussions on the joint response and lessons learned for the future. Click here to read more and check back soon for more coverage and photos from the event.

• On Friday, we will partner with the JET Alumni Association of Washington, D.C. to co-host a special screening of Tohoku Tomo 東北友 followed by a panel discussion. The documentary is described on its official website as “a story of true friendship and commitment to Japan’s recovery by the international community following The Great East Japan Earthquake.” We are honored to have special remarks from Mr. Tamaki Tsukada, the Minister of Public Affairs at the Embassy of Japan, along with Mr. Andy Anderson and Mrs. Shelley Fredrickson, family members of two JETs who were killed during 3/11. Click here to read more about this event.