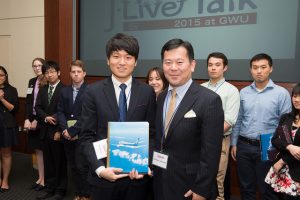 Students broadening their global horizons by studying Japanese had the opportunity to prove their talent and further their goals November 8 at the final round of the newly launched J-Live Talk at George Washington University.

Co-sponsored by The Japanese Program and The Language Center at GWU with support from organizations including Sasakawa Peace Foundation USA, J-Live (Japanese Learning Inspired Vision and Engagement) was launched this year as the only active university–level speech competition in the region. This gap needed to be filled given that D.C., Maryland and Virginia combined have more than 4,500 Japanese learners in higher education, boasting the highest concentration of college-level enrollment in Japanese courses on the East Coast.

According to Takae Tsujioka, Teaching Assistant Professor in the Japanese Language at GWU, active advocacy for Japanese language study is a matter of urgency if we consider its impact on the future of the U.S.-Japan relationship. The objective of the competition is to promote the study of Japanese language and culture in the Washington D.C. metropolitan area with the hope of cultivating the next-generation of leaders capable of effective communication in a global world.

This also is one reason why Sasakawa USA, which is dedicated to research, analysis and better public understanding of the U.S.-Japan relationship, felt called to help sponsor the event.

Students from Georgetown University, George Washington University, Johns Hopkins University, Johns Hopkins School of Advanced International Studies, New York University, Towson University and the University of Virginia were invited to compete in the competition, which began with a nomination process and preliminary video speech round. Unlike a traditional speech contest that focuses only on oratory competence, J-Live emphasizes a comprehensive range of learned communication skills. Dynamism, vision, and level of engagement of each participant’s presentation all will be judged, and the speech also can include audio-visual materials, audience interaction and other innovations to enhance the experience.

In the final round of J-Live, the remaining finalists gave a prepared talk in Japanese in the hopes of winning one of three awards with prizes such as airfare to Japan and a full or partial scholarship to study in a summer intensive Japanese language course at an assigned institution.

To learn more about the competition, visit the J-Live Talk event page. 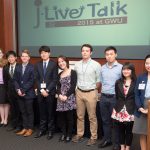 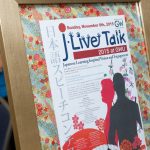 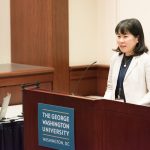 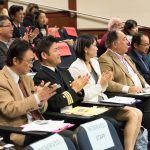 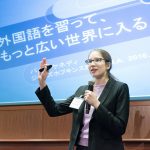 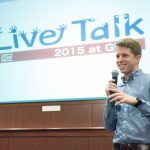 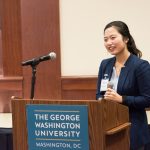 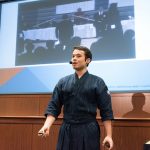 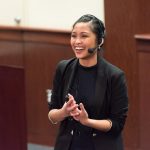 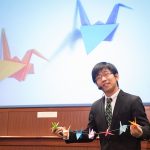 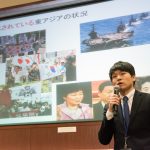 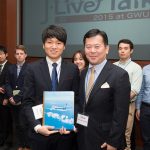