Sasakawa USA Journalism Fellow: The story behind ‘In Japan, Ohtani is a Special Player but Definitely Not Babe Ruth’

2017 Sasakawa USA Journalism Fellow Seth Berkman took a reporting trip to Japan in late 2017. Here, he tells the background behind his first article “In Japan, Ohtani is a Special Player but Definitely Not Babe Ruth,” published in the New York Times on December 1. On December 8, Ohtani made international news when he announced he’d sign with the Los Angeles Angels. 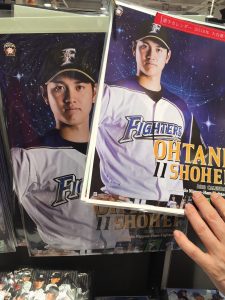 Shohei Ohtani first appeared on the radar of American baseball fans about two years ago. Stories arrived from across the Pacific of a rising star who threw 100 miles per hour and hit long home runs with equal aplomb.

American baseball fans and reporters became enthralled with the possibility of a prospect who could become a global, transcendent phenomenon. The last notable player to have success as both a pitcher and hitter was Babe Ruth, who last competed in 1935.

Almost immediately, Ohtani was anointed in the American media, on online forums, and social media as the “Japanese Babe Ruth.” As catchy a nickname as this was, I wondered just how accurate this portrayal was. It was doubtful that Ohtani or any player could replicate Ruth’s output today.

The hype around Ohtani also seemed a bit unfair, to bestow such expectations on a young player and compare them to a folk legend who is regarded as maybe the greatest American baseball player ever. I also wondered why Americans still found it necessary to attach such mystiques to foreign players, particularly those from Japan. When Daisuke Matsuzaka left Japan to pitch for the Boston Red Sox, American audiences were consumed by his “gyroball.” It had been portrayed as a secret pitch, as if it were a work of witchcraft.

Now when Hideo Nomo first came to the U.S. in 1995, not much was known about his style of pitching. But since then, highlights of games from the Nippon Professional Baseball league are easily accessible online, where someone like Ohtani, 23, could have been seen on a daily basis performing for the Hokkaido Nippon-Ham Fighters.

But most of all I wondered, did anyone in Japan actually refer to Ohtani as Babe Ruth? Did they even understand the moniker?

One of my first stops in Tokyo was to the MLB Café, where at around 9:30 in the morning, I went to watch Game 7 of the World Series between the Los Angeles Dodgers and the Houston Astros. This game featured Japanese pitcher Yu Darvish, who himself was a greatly-hyped player when he arrived in the U.S. in 2012. He also played for the Ham Fighters and many people I spoke to in Japan thought a more accurate comparison for Ohtani was Darvish, at least in terms of pitching.

A majority of patrons were very eager to see how Ohtani would perform outside of Japan. But no one had heard of the Babe Ruth analogy; because of the age of Ohtani’s generation, I soon found many Ohtani fans had no idea who Babe Ruth was.

Almost every person I interviewed over three weeks in Japan explicitly said that they never heard of Ohtani being called Babe Ruth. On the rare occasion, I encountered an American expatriate or someone who was a diehard American baseball fan, they mentioned they may have read a few articles from U.S. outlets making the Ruth comparison.

I sought a wide arrange of voices for a story in which I wanted to examine not only Ohtani’s case, but the coverage of Asians in American sports. For starters, I went several times to the Tokyo Dome, to talk to fans shopping at the Yomiuri Giants Team Store — where they also sell an abundance of Ohtani merchandise — or those attending the Asia Professional Baseball Championship there in late November. I also encountered very passionate fans in Hokkaido, home of the Ham Fighters.

[perfectpullquote align=”right” bordertop=”false” cite=”” link=”” color=”” class=”” size=””]In the end, I believe I was able to produce a story — through help from Sasakawa USA — that opened up a new presentation of Shohei Ohtani to American audiences. I wanted to inform readers of how he is viewed in Japan, the opinions of Japanese baseball fans in seeing their star players go to America, and the ways Asian athletes can be portrayed in the media that might seem misplaced elsewhere.[/perfectpullquote]

Kosuke Sasaki, who is the manager of the baseball team at Komazawa University Tomakomai High School, had seen Ohtani play in high school and was impressed from the beginning. I trusted his gauge of talent — Sasaki was high school teammates with New York Yankees pitcher Masahiro Tanaka.

At the Ham Fighters Team Store in Sapporo, fans talked about the idea of “ganbare” — there wasn’t so much of regret that Ohtani was leaving, but a desire to wish him luck in challenging the best players in the world. Many like Hajime Kamiyama, the store’s manager, believed he would be a great source of national pride if successful in the U.S.

Also, one Ham Fighters fan, Kumiko Konno, mentioned the term “nitoryu” as a more apt way to describe Ohtani, not Babe Ruth. This description of the difficult two-sword technique mastered by Miyamoto Musashi resonated more with Ohtani’s dual-baseball playing abilities than some American player from nearly a century ago.

I began to hear “nitoryu” by other people who followed Ohtani, and this began to strike me as being a much more meaningful comparison for Japanese baseball fans. Afterward, I reached out to some professors in the United States who study media and Asian-American popular culture, to further discuss how heightened expectations and portrayals of mystery or overhype surrounding foreign athletes perhaps do a disservice to athletes like Ohtani.

LeiLani Nishime, a professor at the University of Washington, said that while there have been notable Asian-American athletes succeeding lately in U.S. sports, they are still significantly under represented, and as such, media coverage plays a significant role in those portrayals.

In the end, I believe I was able to produce a story — through help from Sasakawa USA — that opened up a new presentation of Shohei Ohtani to American audiences. I wanted to inform readers of how he is viewed in Japan, the opinions of Japanese baseball fans in seeing their star players go to America, and the ways Asian athletes can be portrayed in the media that might seem misplaced elsewhere

In Japan, Shohei Ohtani is not a mystery, or Babe Ruth. He is a talented athlete, whom many Japanese hope to see succeed and bring pride to their country. 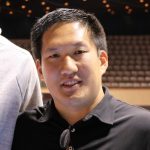