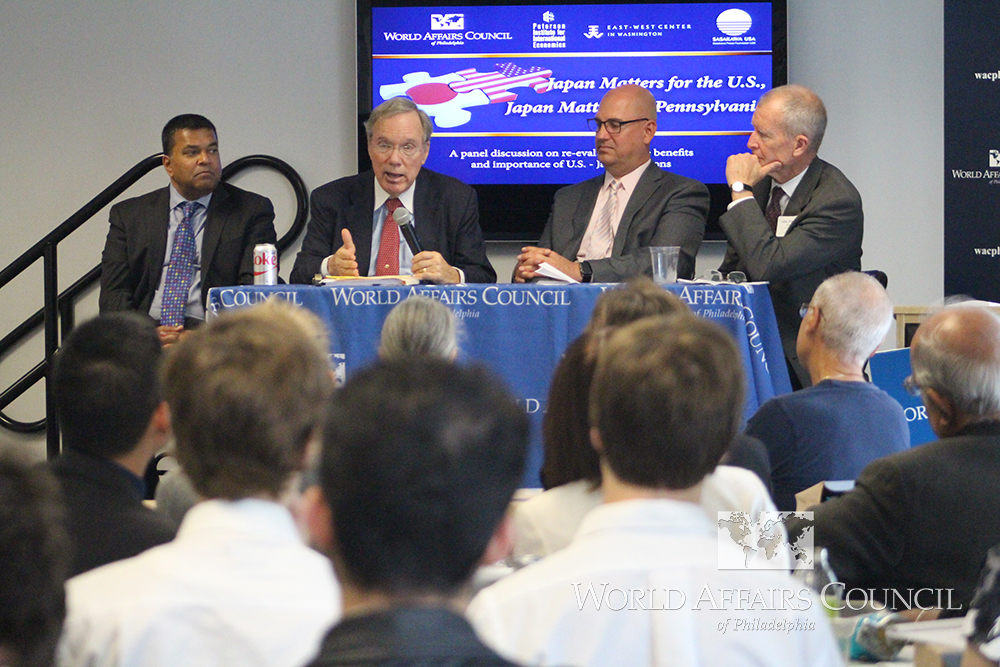 In mid-October, Sasakawa USA in partnership with the East-West Center in Washington (EWCW) and several other organizations, had the pleasure of hosting two “Japan Matters” events to explore the importance of Japan on the American economy and beyond.

The tour started on October 18 with “Why Japan Matters for the United States” in Cleveland, Ohio with the Cleveland Council on World Affairs. Upwards of 85 participants congregated at the Union Club to attend a panel comprised of Admiral Dennis C. Blair, Sasakawa USA Chairman and CEO; Dr. Satu Limaye, Director of EWCW; Dr. Marcus Noland, Executive Vice President of the Peterson Institute for International Economics (PIIE); and local speaker Dr. Fukuo Hashimoto, President and Chief Scientist of Advanced Finishing Technology. Each spoke to the current state of U.S.-Japan relations in regards to economics, security, and local importance.

The event kicked off with welcoming remarks from Mr. Raj Aggarwal, the chairman of the board from Cleveland Council on World Affairs, as he introduced each of our panelists. Adm. Blair began with remarks on the security relationship between the U.S. and Japan, emphasizing that “we need to continue to strengthen strong alliances in order to meet common military objectives in East Asia.”

Dr. Noland followed up with his views on the economic status of trade relations between Japan and the United States, and offered multiple possible trajectories for how that relationship will be impacted after the U.S. Presidential Election on November 8, 2016.

Dr. Limaye presented his data on how Japan interacts specifically with Ohio, informing the audience that Ohio ranks as 14th in terms of the amount of trade to Japan, and is the top 15th state for Japanese jobs in the U.S., noting that these numbers continue to be consistent.

To finish off the panel, Dr. Hashimoto spoke on his views on the workforce in Japan versus the work force in the United States; how they differ, how they are the same, and how the general population views both in comparison with one another.

Japan and other nations in the region aim to keep U.S. primacy in the region, especially because of the benefits they receive from it.

The Japan Matters series continued with an event in Philadelphia, Pennsylvania titled “Japan Matters for the United States, Japan Matters for Pennsylvania” on October 20 co-hosted with the World Affairs Council of Philadelphia. The panel at this event consisted once again of Adm. Blair and Dr. Limaye, who were joined by Dr. Fred Bergsten, Senior Fellow and Director Emeritus of PIIE, and Mr. Ronn Cort, President and COO of Sekisui SPI, who shifted the focus from Ohio to Pennsylvania for the crowd of about 40. The panel and discussion were introduced and moderated by the President and CEO of the World Affairs Council of Philadelphia, Mr. Craig Snyder.

Adm. Blair’s talking points consisted of ideas and topics that were ultimately similar to his section in Ohio, but which were able to further assert that “it is in America’s interest for Japan to have a strong and increasing defense capability.”

Dr. Limaye laid out his specific statistics on Japan’s interactions with Pennsylvania and also had the opportunity to comment on trade, economic, and security benefits of the U.S.-Japan relationship, declaring that “Japan and other nations in the region aim to keep U.S. primacy in the region, especially because of the benefits they receive from it.”

Dr. Fred Bergsten spoke very candidly on the Trans-Pacific Partnership trade deal and its importance to Japan’s economy especially, but also to the U.S. involvement in regional trade. He mentioned that “Japan is the biggest beneficiary of TPP, meaning that Japan gains more in absolute dollar terms. The TPP also benefits [Prime Minister Shinzo] Abe‘s reforms.”

Finally, Mr. Cort spoke on his company, Sekisui Polymer Innovations LLC, providing the audience insights into how Japanese companies, especially manufacturing companies, function in the United States, and how the relationship is very much bilateral.

Both events had a wonderful Q&A session in which each of the panelist’s topics were discussed more deeply. Sasakawa USA received positive feedback from both events from business leaders, university students, and other involved individuals who had attended.

For more specific details on the conception of the events and the speakers involved, please visit the two event listings for Ohio and Pennsylvania. 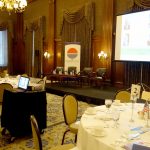 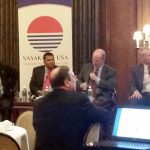 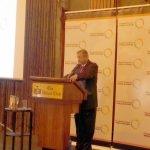 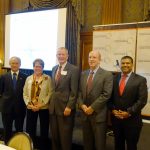 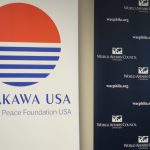 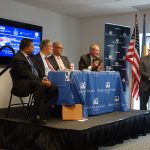 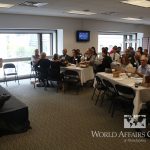 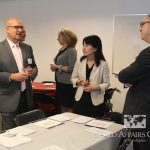 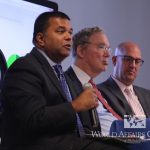 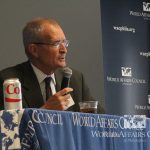 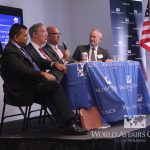 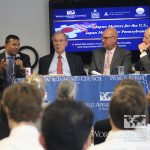 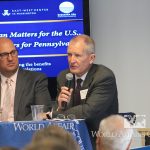 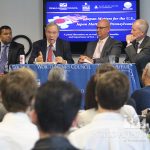 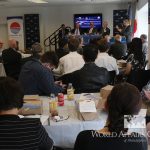 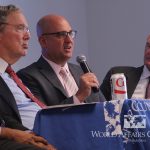 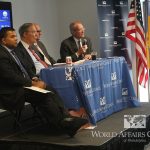 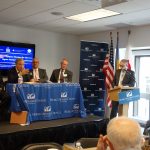 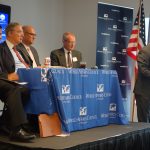