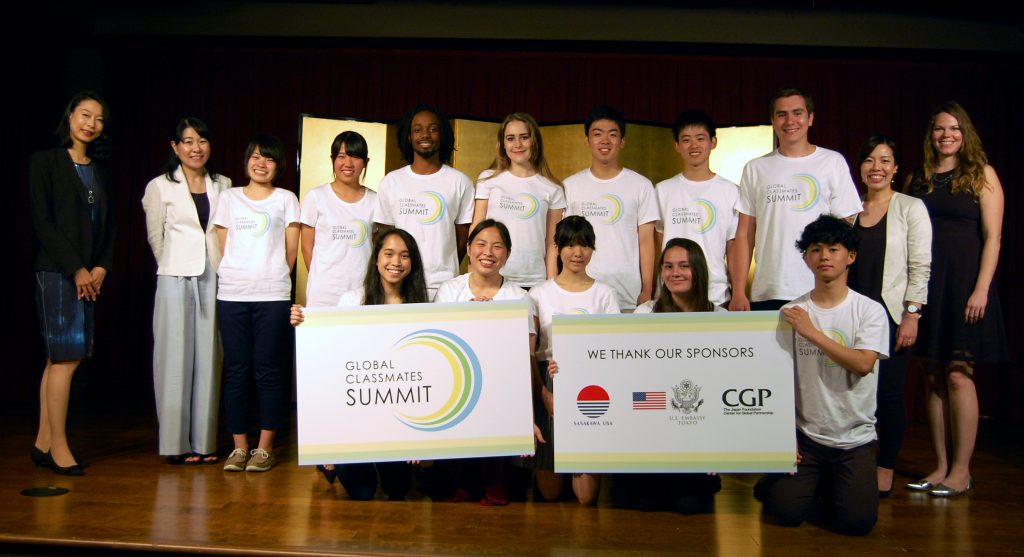 The theme of the Summit was How can we strengthen future people-to-people ties in US-Japan relations? Over the course of the program students pushed themselves to communicate in a foreign language, gained exposure to potential career paths, and learned the importance of building relationships with those from other countries. The Summit ultimately achieved five core goals: Getting to the heart of communication; Deepening cultural awareness, empathy, and acceptance of differences; Recognizing the breadth of the U.S.-Japan relationship and the people-to-people ties that found it; Gaining insight on personal future endeavors; and, Gaining confidence and building life-time friendship through collaboration. Each of these goals was achieved The Summit culminated in student presentations, giving each participant the chance to reflect on what they had taken away from their time in Washington, D.C. and their time engaging in the Global Classmates program.

“I have come to realize that the betterment of relationships between not only Japan and the United States but all other countries starts with people-to-people ties,” said high school student Percy Ruffin of the week-long Summit. “People are the pillars for building relationship. Deepening ties between a few people will form into ties between governments and more people.”

The Global Classmates Summit also attracted attention from U.S. and Japanese media, with local newspapers in places such as Virginia Beach, VA and Ishinomaki, Japan covering the cross-cultural Summit and local students’ experiences.

For more on the Global Classmates Summit, including a list of participants, media coverage, and Summit photos, click here to visit Kizuna Across Cultures’ Summit page for a full recap.