Fifth Annual Security Forum focused on ties between U.S. and Japan in time of many Northeast Asia security challenges 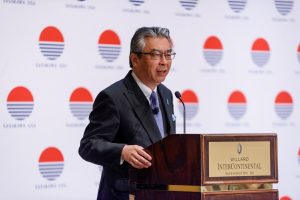 Sasakawa USA’s Fifth Annual Security Forum focused on ties between the United States and Japan in a time of many security challenges in Northeast Asia and globally. The day-long conference, held May 2, 2018 at the Willard InterContinental Hotel in Washington, DC, attracted nearly 300 attendees from the private sector, NGOs, academia, the media, and more. “The U.S.-Japan Alliance: Deepening Ties while Confronting New Challenges” featured seven panel discussions on topics ranging from Japan’s increasing security engagement to U.S.-Japan cooperation in mitigating the North Korean cyber threat. With over 25 expert panelists, this year’s Forum was one of the most successful so far.

Sasakawa USA CEO Ambassador James Zumwalt, gave the opening remarks, introducing the morning’s keynote address by Ambassador Shinsuke Sugiyama, the Ambassador of Japan to the United States. “The U.S.-Japan relationship has never been better,” reflected Ambassador Sugiyama, before describing the close relationship between President Donald Trump and Prime Minister Shinzo Abe, witnessed at the most recent Mar-a-Lago summit. The Ambassador also discussed U.S.-Japan alignment on policy towards North Korea; alliance capabilities and defense planning; the role of U.S. forces in Japan; Japan’s adherence to a free and open Indo-Pacific strategy; and trade relations between the United States and Japan. 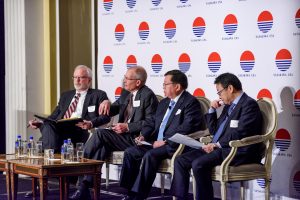 The following panel, moderated by Ambassador David Shear, Admiral Dennis Blair, LTG (ret.) In-bum Chun, and Tsuneo Watanabe described takeaways from the tabletop exercise on North Korean provocations, noting the importance of U.S. commitment to the Asia-Pacific region and cooperation among the United States, Japan, and South Korea; Japan’s ability to play more active role in the scenario due to the updated defense guideline for U.S.-Japan alliance adopted in 2015; and the importance of sharing information between the three countries.

Following lunch, panel topics included a discussion of Japan’s regional and global security engagement and defense strategy; defense-industrial cooperation in the United States and Japan; and U.S.-Japan collaboration in cybersecurity. Among the highlights of the afternoon’s discussion were updates and analysis on Japan’s increasing security engagement in Asia and beyond, and the status and debates on nuclear non-proliferation given Japan’s increasingly complex security environment.

In the “Defense Industrial Cooperation” panel, special guest Robert Work described the current threats in the Asia-Pacific theater and China’s evolving perception of warfare and suggested that Japan needs to be prepared for systems-warfare and information threats. This panel also included Hideaki Watanabe, former Acquisition, Technology & Logistics Agency Commissioner for Japan’s Ministry of Defense, who described Japan’s defense industry and its development of advanced technologies for use in a variety of sectors. He suggested a joint Japan-U.S. defense-industrial forum once a year that would result in a joint proposal on what the two governments can do to improve cooperation. 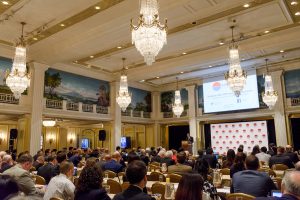 In “The United States’ National Defense Strategy and Japan’s Defense Strategy,” John Mitre of the Department of Defense discussed the U.S. National Defense Strategy (NDS), which in its most recent edition identified a specific problem—the United States’ eroding military advantage over China and Russia. Mitre explained that the NDS’ solution is to develop “a more lethal and resilient joint force combined with a robust constellation of allies” to provide the U.S. with a favorable balance of power. Panelists Hideshi Tokuchi and Sugio Takahashi discussed how integral the Japan-U.S. alliance is to Japan’s own defense strategy, and the need for Japan and the United States to determine, among other things, what kind of competition they want with China; what kind of regional command structure would be best in the face of threats from North Korea; and what kind of capability development is necessary for Japan’s defense.

The Forum concluded with comments from Admiral Dennis Blair, Chairman of Sasakawa USA, on China’s gunboat diplomacy; continued provocations from North Korea; U.S. government responses to these challenges in the region; and the need for Japan and the United States to develop coordinated responses to these evolving threats.

For more information on the event, including video coverage of each panel and bios of each speaker, read “Sasakawa USA’s Fifth Annual Security Forum.” 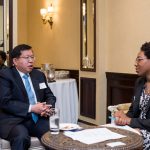 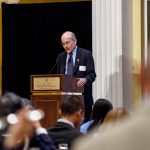 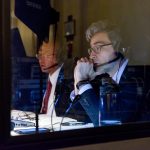 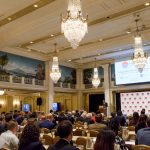 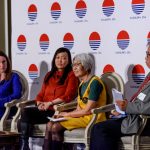 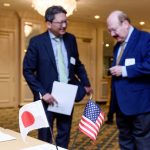 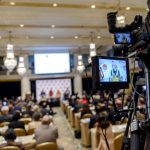 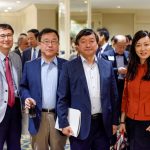 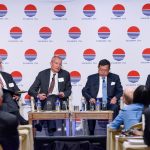 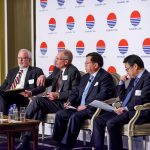 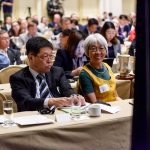 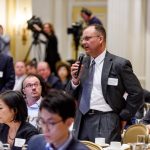 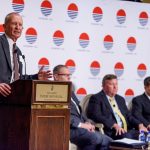 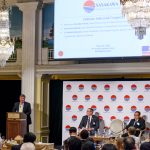 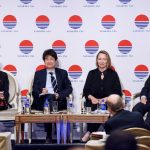 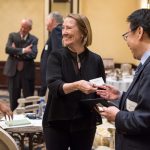 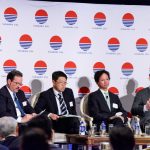 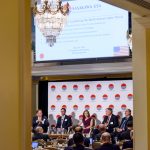 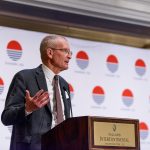 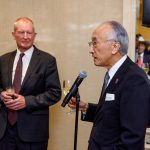