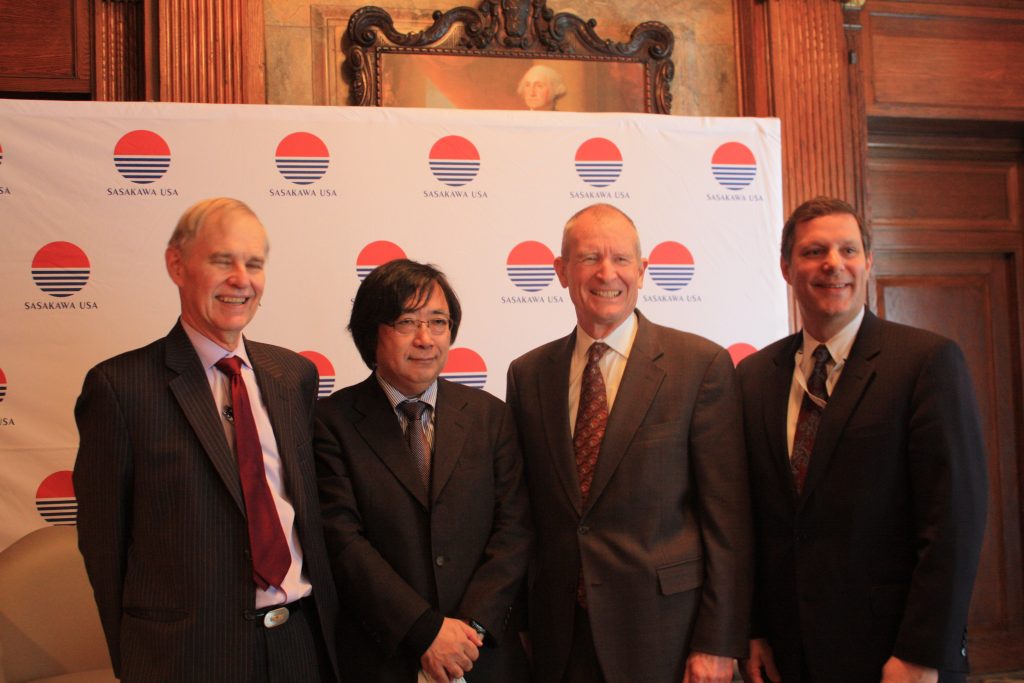 On January 11, Sasakawa USA, in partnership with The Genron NPO — a Japanese think-tank dedicated to promoting democracy in Japan — hosted a public forum to present its bilateral (1, 2), trilateral, and quadrilateral survey poll results for the first time in the United States. The forum was an opportunity to discuss political and diplomatic issues that will arise in Northeast Asia based on the region’s public opinions of each other.

Admiral Dennis Blair, Chairman and CEO of Sasakawa USA, introduced The Genron NPO President and keynote speaker for the panel, Mr. Yasushi Kudo, as well as commentator Dr. Richard Bush, a Senior Fellow at Brookings Institute, and moderator Mr. James L. Schoff, a Senior Fellow at the Carnegie Endowment for International Peace. Adm. Blair said the polling results are imperative to understanding the relationships between the four countries.

Mr. Kudo took to the podium next, directing the audience through the results of his organization’s surveys. “Our organization pursues freedom and democracy as its mission while working on the side of Japan’s citizens,” he explained in Japanese via an interpreter. “We have been striving to help improve Japan’s relations with China and South Korea, and to build a peaceful order in Northeast Asia since 2005.”

Of Japanese polled, 80% feel that North Korea poses a military threat, while slightly over 60% of them feel a threat from China. Some 70% of Chinese feel the strongest threats come from Japan and the United States.

He continued to discuss how the people of Japan, China, and Korea do not have mutual understanding with each other, which is the effect of an overwhelming lack of direct exchanges with the partner countries. Residents’ opinions rely heavily on what their own country’s media tells them.

“Japan-U.S. security relations have become stronger,” Mr. Kudo also explained, despite the decreasing political stability in Northeast Asia amid China’s increasing political clout and its actions that are incompatible with international rules. These discrepancies have created a rift between the Chinese people’s views and those of the other countries’ peoples. “Of Japanese polled, 80% feel that North Korea poses a military threat, while slightly over 60% of them feel a threat from China. Some 70% of Chinese feel the strongest threats come from Japan and the United States.”

Mr. Kudo concluded his speech by expressing that it is the role of The Genron NPO to create a movement in the private sector with the intention of moving towards peace, in hopes that this movement will also reach the public opinion of Northeast Asia. With this comment, the forum transitioned into a panel discussion led by Mr. Schoff.

As commentator, Dr. Bush emphasized the importance of private dialogues based on the results of the surveys. He observed that “public opinion often follows policy, rather than leads it.” Due to this, what the public thinks to be true becomes a reality, no matter the facts. He concluded his comments by offering words of wisdom and advice: “Public opinion and institutions must work together, synergistically. If they don’t, it’s often the public that pays the price.”

Finally, audience members were invited to join the discussion in a Q&A session. Topics ranged from Taiwan’s role in Northeast Asia to how the media in each country represented can better positively impact the public opinion of each other. 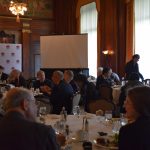 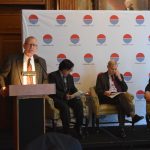 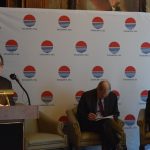 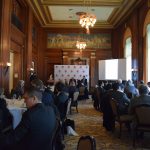 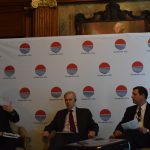 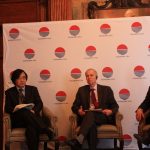 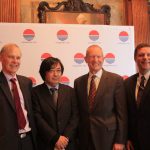