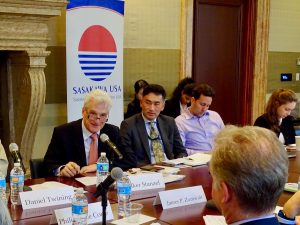 On May 31, 2017 Sasakawa USA partnered with the German Marshall Fund of the United States (GMF) to co-host the public event, “European Views on Asia and Japan: A Relationship in Need of Engagement?” The event was part of Sasakawa USA’s “Views of Japan” event series and was an opportunity for the public to learn about Europe’s significance to Japan and to explore the impact of European relationships with Asian countries on the United States.

The event featured Ambassador Volker Stanzel, who shared his perspectives as the former German Ambassador to Japan and China and a Senior Advisor at GMF on the state of European engagement in Asia and Japan. As Europe’s security challenges have evolved and the implications of a modern China are unclear, Ambassador Stanzel described Japan as “a true anchor of stability in Asia” and commended Prime Minister Abe’s efforts to engage in intense diplomatic activity with concrete proposals for Asian countries. Ambassador Stanzel further stressed the necessity of solidarity among European countries and Europe’s responsibility as a stakeholder in Asia, emphasizing the role of Western liberal democracy in guiding the direction of Asia’s future.

Following the Ambassador’s remarks, Mr. Philippe Le Corre, Visiting Fellow in the Center on the United States and Europe at the Brookings Institution, provided commentary on European perceptions of China and Japan. Although China has a long history and strong cultural traditions, its soft power hasn’t spread as effectively as Japan’s because of its perceived assertiveness. Mr. Le Corre believes Europe is wary of China’s assertiveness, whereas Japan has achieved a more positive image among European countries. Japan has also been effective at creating jobs and engaging regions where it has invested substantially. In Mr. Le Corre’s opinion, Japan’s positive image in Europe is an opportunity for Japan to increase its engagement with the West.

Afterwards, the speakers participated in a discussion moderated by Dr. Daniel Twining, Counselor and Director of the Asia Program at GMF, which focused on the economic and political ties between Europe and China. There was also an opportunity for Q&A by audience members, which delved into the future of NATO, dynamics of the U.S.-Asia-Europe relationship, and Russia-Japan relations.

About the German Marshall Fund of the United States

The German Marshall Fund of the United States (GMF) strengthens transatlantic cooperation on regional, national, and global challenges and opportunities in the spirit of the Marshall Plan. Founded in 1972 as a non-partisan, non-profit organization through a gift from Germany as a permanent memorial to Marshall Plan assistance, GMF contributes research and analysis and convenes leaders on transatlantic issues relevant to policymakers. GMF offers rising leaders opportunities to develop their skills and networks through transatlantic exchange, and supports civil society in the Balkans and Black Sea regions by fostering democratic initiatives, rule of law, and regional cooperation.

Sasakawa USA’s Views of Japan Series explores perceptions on Japan in other regions around the world. The first event of the series, “Japan and Africa: Regional Views and U.S.-Japan Cooperation,” was held on April 4, 2017 from 11:30am-2:00pm at the Cosmos Club in Washington, D.C. The event featured an esteemed panel of experts, U.S. government officials, and representatives from African countries to explore Japan’s engagement with Africa and the potential for greater U.S.-Japan cooperation on the continent. 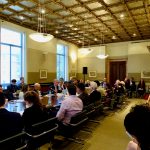 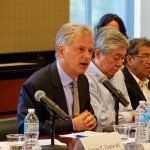 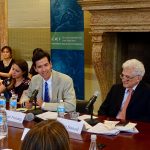 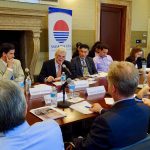 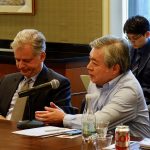 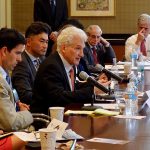 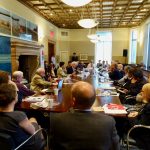 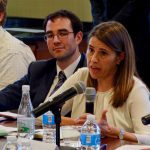 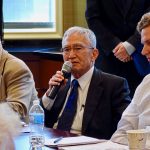 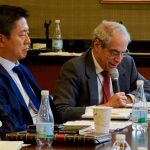 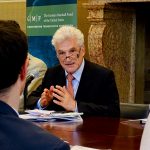 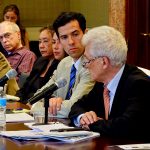