Ensuring Unity and Inclusivity for Foreign Workers in Japan: A Student’s Perspective

Ayano Nakamura is a first-year student at Bates College in Maine. She is a Japanese citizen who completed an internship at Sasakawa USA during the summer of 2019. 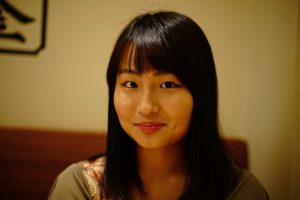 One of the challenges that Japan faces today is to ensure inclusivity and a sense of unity in Japanese society as the number of foreigners increases.

In my sophomore year of high school, I went on a yearlong exchange program in Houston, where I saw the 2016 presidential election. As I observed the reactions of my classmates, teachers, and commentators on television to the results of the election, I was shocked to see a huge divide within the United States.

Two years later, I accompanied my father when he was transferred to Washington, D.C. The country still appeared to be completely divided—a Gallup poll conducted in January-March 2019, for example, showed that 89% of all Republicans thought that President Trump was doing a good job while only 5% of the Democrats thought the same.

One of the major issues that demonstrate this big divide is immigration. When I first learned of the controversy over President Trump’s declaration to build a wall between the borders of the United States and Mexico, I did not think this issue applied to Japan. However, I recalled the so-called “Brexit”, i.e. Britain’s decision to leave the European Union in June 2016, partly resulted from conflicting views within Britain about the country’s immigration policies. As I searched for Japan’s immigration statistics, I found out that the foreign population in Japan is quite large and growing rapidly. There are already approximately 2,667,199 foreign residents in Japan. Although the number of foreign residents is 2.09% of the entire Japanese population, the social impact of increasing foreign residents in regions with a huge concentration of foreigners cannot be underestimated in a very homogenous country like Japan. Although this statistic is not comparable to the number of foreign residents in the United States, the increasing number of foreign residents could create a serious division between Japanese who are open to accepting foreigners and Japanese who are not.

Last year, the Japanese government decided to expand the number of foreign workers up to 345,000 workers in the coming five years. As Japan’s population continues to decline at a rapid pace, this policy is essential to maintain the country’s prosperity, but it is important to ensure that foreign workers can smoothly adjust and assimilate into Japanese society.

I believe the key to ensuring smooth integration is to secure good education for the children of those foreign workers and give them a promise of a better future. Without access to good education, foreign workers and their families will likely fall into more economic hardships and have difficulty succeeding, which will make their integration into Japanese society even more difficult.

Finally, both Japanese middle schools and high schools should implement a “mandatory volunteer credit” that students must earn as a graduation requirement so that they can tutor the foreign students in Japanese language. This not only gives Japanese students work experience, but also bring together the Japanese and the foreign students.

The division/conflict of opinions in the nation could become a burden for growth of the country.  Japan needs to make sure that the foreign workers feel safe working in Japan and accepted by their communities.

Japan has accepted different cultures, techniques, and habits from other countries in Asia and Europe to reflect and integrate into our own culture. Given Japan’s ability to accept different cultures, I believe that Japan can successfully integrate foreign workers into Japanese society without jeopardizing unity by taking necessary measures. Success in doing so will help Japan in the long run.