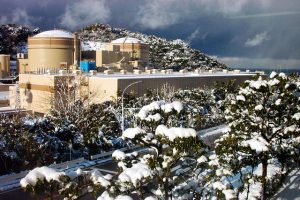 World Energy News reported that Japan’s cabinet approved the Japan Atomic Energy Commission’s (JAEC) new “Basic Concept on Nuclear Energy Use” on July 21, 2017. The concept – which will guide the country’s future nuclear energy policy – calls for the promotion of the benefits of nuclear energy for the environment, people’s lives and the economy. It also calls for minimizing the risks through the improvement of safety and continued support internationally of the peaceful use of nuclear power, non-proliferation and nuclear security.

Whether or not nuclear energy rises to 20-22 percent of Japan’s power generation by 2030 as proposed in the new Basic Concept is unclear. The answer will depend largely on the public believes that their safety and environmental concerns are addressed. It also will depend on whether the public perceives the government and industry are supporting renewable energy robustly. In the longer term, small modular reactors and next generation reactors should ameliorate these concerns but are unlikely to eliminate them.