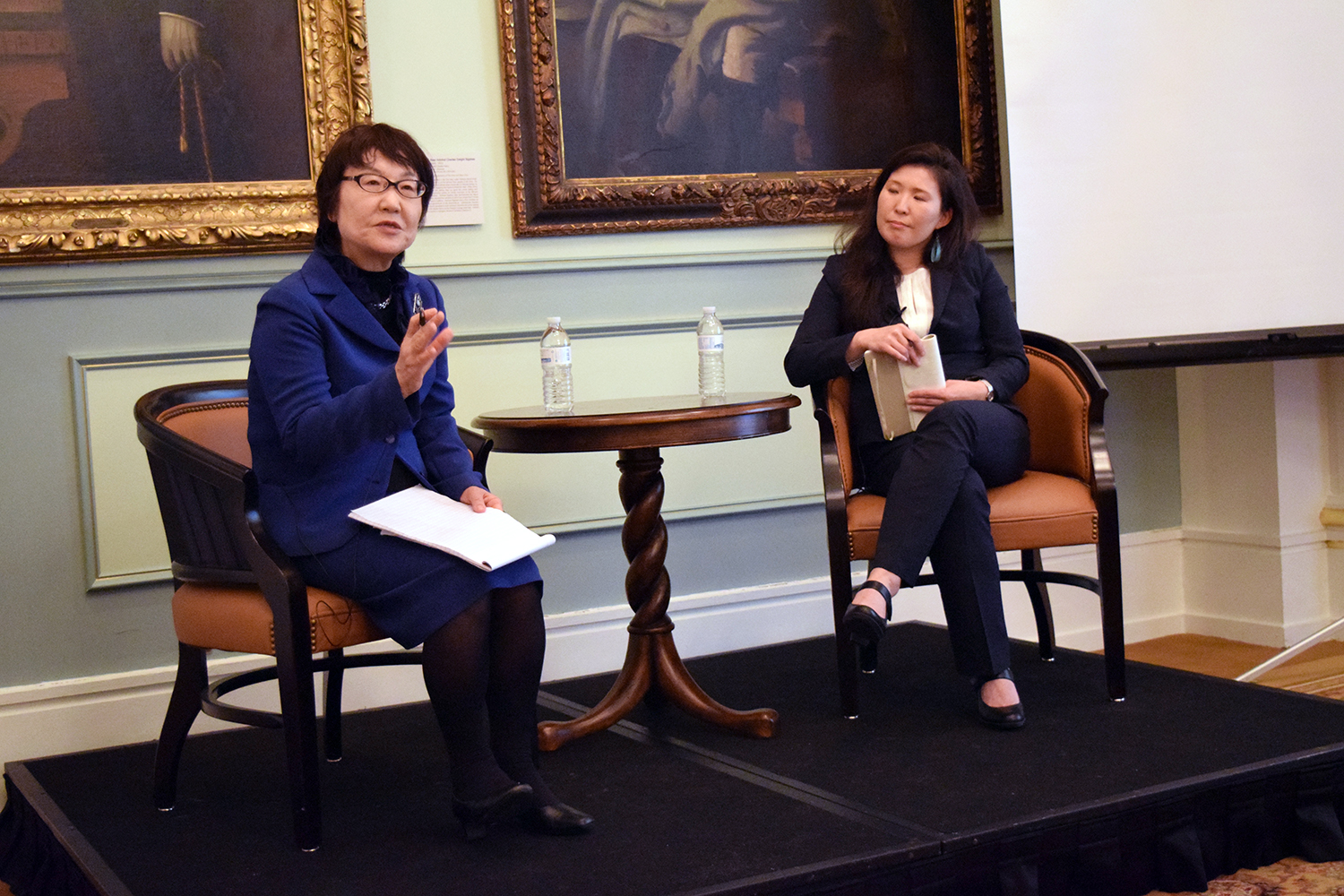 Policies under the umbrella of “Womenomics” enacted by Japanese Prime Minister Shinzo Abe have had an effect on gender equality in Japan, but many barriers still stunt progress in women’s economic and political empowerment, leading expert Mitsuko Horiuchi said at a Sasakawa USA event on April 27.

Sasakawa USA welcomed Ms. Horiuchi, the President of the Kitakyushu Forum on Asian Women and Chairperson of the Stop Child Labor Network of Japan, as well as Dr. Linda Hasunuma, Assistant Professor of Government at Franklin & Marshall College, to the special Sasakawa Speaker Series luncheon at the Army & Navy Club.

Under the weight of a decreasing population, the Abe administration has enacted new avenues to offset the negative economic consequences of Japan’s declining birthrate and aging population. Abe and his expert advisors have deduced that Japan’s current stalled economy is partially a result of inadequate female representation in the workforce, resulting in the coinage of the term “Womenomics” to describe the administration’s efforts to improve women’s economic participation.

The luncheon kicked off with opening remarks from Sasakawa USA  Chairman and CEO Admiral Dennis Blair to a crowd of more than 80 guests from Asia policy and gender studies backgrounds. The event included a presentation by Ms. Horiuchi on the current status of women in Japan and the effects Womenomics has had on gender equity, followed by commentary and questions from Dr. Hasunuma, who moderated.

Ms. Horiuchi began her presentation with revealing data on female participation in the Japanese workforce, highlighting Japan’s poor gender gap, rated as the 101st widest in the world. She also noted a major decrease in the employee composition ratio between men and women over the past three decades, with female full-time employees decreasing from 67% in 1985 to less than 45% in 2013. Ms. Horiuchi suggested that such data is a result of poor infrastructure and limited access for working mothers to childcare services in Japan, as well as sparse female representation in senior positions within Japanese businesses.

To reduce this gender gap in workforce participation, Ms. Horiuchi explained that the Abe Administration has set a new target rate of 30% female participation in the political, public, employment, and academic sectors. Under Womenomics, she explained, Japanese women have gained mainstream empowerment in many policy areas, with stronger gender equity policy and more women being promoted within the private sector. However, a major setback to more rapid improvement in gender equality appears to be “insufficient attention [paid] to non-standard employees.” Meaningful progress will be slow, she said, pointing to data showing that only 20% of Japanese corporations are implementing sufficient policy measures to support Womenomics, even though the government had set a target goal of 40% participation by 2014.

Dr. Hasunuma expanded on the slow improvement in women’s employment in Japan under Womenomics. While there’s great initiation, she said, there needs to be much more follow through. She added that sluggish progress is a result of strongly reinforced cultural and psychological gender norms that bar women from moving out of their traditional gender roles and into the male-dominated workforce.

During the proceeding Q&A session, audience members engaged in the discussion by voicing their own concerns over the inadequate progress made in meaningful female economic participation under Womenomics. The discussion ranged from the unlikely possibility of a female Prime Minister in Japan in the near future and other potential female role models to discussion on whether gender equality is more likely to spread from the top-down, as Abe’s policies have steered, or from the bottom-up. 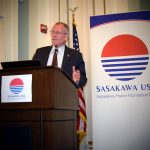 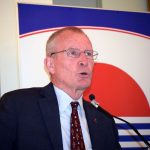 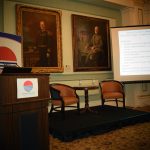 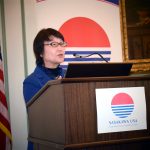 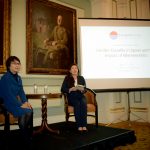 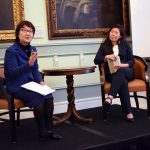 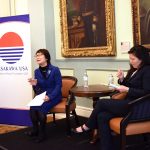 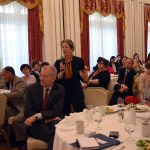 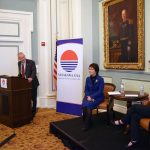 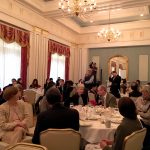 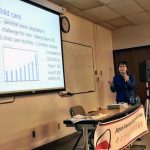 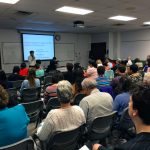